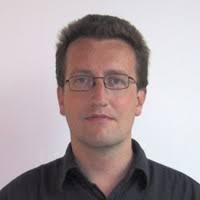 Hundreds of new local digital radio stations could be launched in the UK under new plans drawn up by the broadcasting regulator.

Ofcom has outlined proposals which will see airwaves allocated to existing and new local stations, offering them the opportunity to broadcast digitally.

The plans come after a small-scale trial implemented in 2015, and potentially opens the way for hyperlocal publishers to branch out into local radio.

At the time of the 2015 trial, digital licences were granted to stations operating in Birmingham, Brighton, Bristol, Cambridge, Glasgow, London, Manchester, Norwich, Portsmouth and Woking.

Small-scale DAB technology was pioneered in the UK by one of Ofcom’s own engineers, and provides local commercial, community and specialist music stations with a low-cost route to broadcasting on digital airwaves.

Graham Plumb, pictured, Ofcom’s director of spectrum broadcasting, said: “People increasingly prefer digital radio, and by enabling smaller stations to join this digital revolution, we can broaden the choice for local listeners up and down the country.”

A consultation on the plans will run until Friday 4 October, and Ofcom intends to start advertising licences early next year.