A former regional daily news editor collapsed and died aged just 47 while out running with his son near their home.

Tributes have been paid to Martin Davey, who worked for the East Anglian Daily Times and Ipswich Star during his career.

Martin, who had retrained as a teacher and was head of English at Newmarket Academy, suffered a cardiac arrest while exercising with his 12-year-old son Tom close to their home at Norton, near Bury St Edmunds.

His wife Wendy, a former editor of the Newmarket Journal, told the EADT her husband had been the “healthiest he had ever been” at the time of his death, which came just after they had returned from a family holiday. 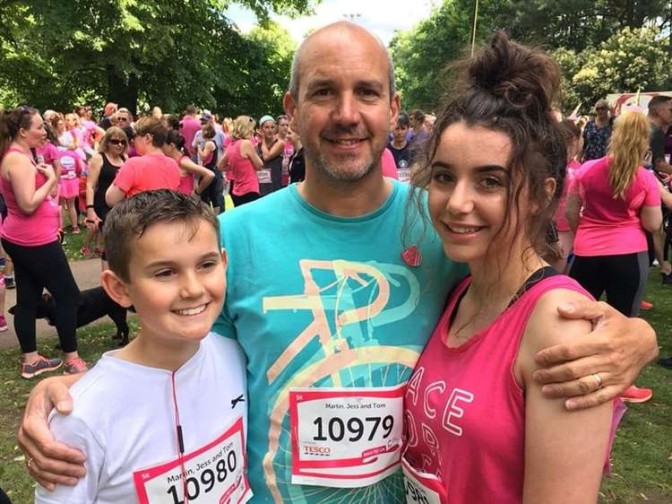 She said: “It really is such a shock and hard to process, it all happened so suddenly. He was the fittest and the healthiest he had ever been.

“He was a lovely, devoted family man who loved his children to bits. There wasn’t a thing he wouldn’t do for his children.

“It is such a comfort to know he died doing something he loved with someone he loved.”

Tom was praised by paramedic crews for his bravery after calling the emergency services following Martin’s collapse on 19 August, with Wendy adding she was “so proud” of the way he and sister Jess, 15, handled his loss.

Speaking to the Journal, she added: “Tom called the emergency services and the paramedics were fantastic but they could not save him.

“Tom has been very brave and, through him being there, I and the children know Martin did not suffer and he wasn’t alone. He was devoted to his family and in the relatively short time we had together we had crammed a lot into our lives.”

Martin began his career as a trainee reporter on the Bury Free Press, where he and Wendy first met, before moving on to work at the Ipswich-based dailies.

Brad Jones, editor of the EADT and Star, said: “Martin worked with us in the mid-2000s – not only was he an excellent journalist and news editor, he was simply a lovely bloke.

“He was always kind and supportive to his colleagues, and a genuine pleasure to work with. Our thoughts go to his family at this sad time.”

Martin decided to leave the industry to pursue a career in teaching in 2007, four years after he and Wendy had married.

Newmarket Academy closed early yesterday in order to allow staff and students to pay respects at his funeral, which was held at West Suffolk Crematorium, in Bury St Edmunds, at 1.30pm.

Nick Froy, principal of Newmarket Academy, said: “He was an inspirational teacher bringing the joy of reading to so many students. He had a special and extraordinary ability to bring all aspects of literature to life, and find the pleasure, fascination and enjoyment in story-telling.

“He created a can-do attitude in his classes underpinned by true commitment and care for his students. His humour, passion and commitment was amazing. He inspired students and their passion for the subject will be an ever-lasting testament to a natural born teacher.”