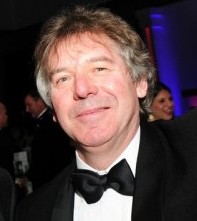 An award-winning former regional daily journalist has lifted the lid on what he termed the “target-driven” culture of modern newsrooms and their “obsession with all things digital.”

Jon Griffin, left, discussed the changing nature of local news in a piece for industry magazine In Publishing, describing one of his former titles as a “clickbait factory.”

A former business editor of the Birmingham Mail, Jon spent 18 months working as a freelance news editor at Reach plc sister title the Burton Mail from 2017 until earlier this year.

In the piece, focusing on his time in Burton, the self-confessed ‘print man’ admits he viewed the new world of digital-first online journalism with “a combination of fascination and horror.”

Wrote Jon: “It was fascinating to view the reporter’s modus operandi at close hand. I was told in my first few days: “Reporters get most of their stories from social media.” Police Twitter feeds provided news of accidents, stolen cars, missing persons etc.

“Gone were the old-style calls to police, fire and ambulance, with their human contact and potential for further tip-offs.

“Every second or third word in the newsroom seemed to be ‘Facebook’. To directly quote one of the senior Burton Mail journalists: “We should not be writing anything that we cannot Facebook.”

“A common newsroom mantra was: “How can we make this work on the web?” Stories were judged for ‘doing well’, in other words, clicks.

“As the months went by, it was clear that the obsession with all things digital was increasing. The electronic ‘Chartbeat’ monitor in the corner of the newsroom was all-powerful, highlighting the most clickworthy (if such a word exists) story.

“The newsroom was effectively a ‘clickbait factory’ – the newspaper, whose advertising revenues still paid a large proportion of the business’s bills, seemed a sad footnote to what I came to view as an electronic ‘news’ circus with an ever-changing gallery of performers.

“On my last day at Burton, I took a note of a few of the stories I desked. They included ‘KFC launches monster burger’, ‘Everything you need to know about the Midlands lad entering Love Island’ (he was from Leicester) and ‘RSPCA appeal after squirrel killed in Cannock’ (40 miles from Burton).”

Jon also recalled an incident in which a star reporter was sent out to take on a monster breakfast challenge at a cafe in Swadlincote and was warmly praised for clocking up thousands of clicks.

“I wouldn’t have got this sort of reaction for uncovering Watergate,” the reporter remarked wryly.

Reach plc, whose websites recently achieved a record 40m monthly unique users, has consistently denied publishing so-called ‘clickbait’ on its websites. However the company declined to comment on Jon’s claims when approached by HTFP.