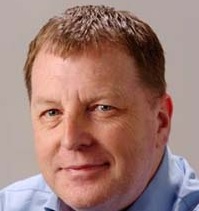 Duncan Hamilton, who was second in command at the Yorkshire Post before taking redundancy in 2008, has been honoured with the William Hill Sports Book of the Year award.

A former Nottingham Forest writer at the Nottingham Post, he previously won the honour in 2007 for Provided You Don’t Kiss Me, which was about the club’s former manager Brian Clough.

He also triumphed in 2009 for his biography of Nottinghamshire and England cricketer Harold Larwood.

Alyson Rudd, chair of judges, said: “The judges were bowled over by the quality of the writing and the way in which Hamilton brings to life the characters that defined cricket between the two world wars.

“The author explains that Neville Cardus was unknowable but this book does a very fine job indeed of guiding us through his career and motivations.”