A former editor has received his British Empire Medal for services to the newspaper industry.

Martin Trepte, who edited the Maidenhead Advertiser for more than 20 years, has picked up the BEM in a ceremony at Reading Town Hall.

Martin left the Advertiser last year, and has since joined the Independent Press Standards Organisation’s board as an editorial member.

He also wrote a book about the Advertiser to coincide with the newspaper’s 150th anniversary this year. 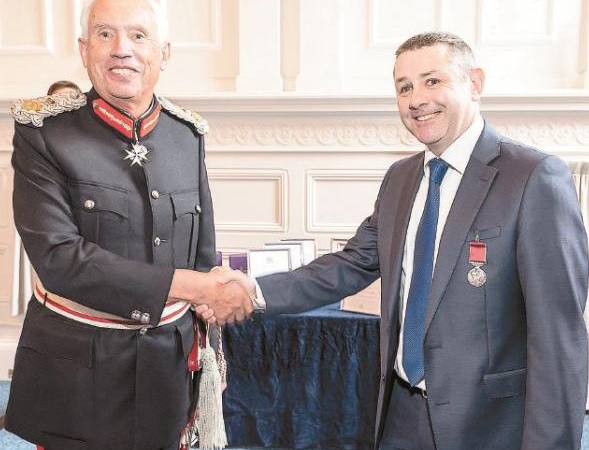 Martin told his old paper: “It was a really lovely ceremony. It was actually very, very special. An unforgettable memory.

“I think I said at the time (when he was previously announced as being given the medal) it is a great honour to have your contribution recognised.

“It is recognition not just for me but for local papers in general and the Advertiser, in particular the work it does in the community.”

Martin received the medal from James Puxley, the Lord Lieutenant of Berkshire, at the ceremony last week.