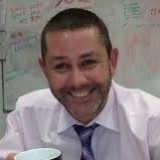 An independent publisher’s former editorial chief has taken up a new role with the press watchdog.

The Independent Press Standards Organisation has announced the appointment of Martin Trepte to its board as an editorial member.

Until July, Martin, pictured, was editorial director of Baylis Media, publishers of the Maidenhead Advertiser and Slough and Windsor Express.

He has been a local newspaper journalist for almost 30 years and is also involved with several grassroots charities and community organisations.

Said Martin: “Throughout my career I have been committed to the highest editorial standards and passionate about the vital role of a free and independent press in maintaining our democracy.

“I am delighted to be joining IPSO at a time when a free press was never more important.”

IPSO has also announced the appointment of lawyer Matthew Lohn, previously a member of its complaints committee, to the board.

“Their wealth of experience will further strengthen the organisation and demonstrates the high standing and reputation of IPSO after four years of operation.”