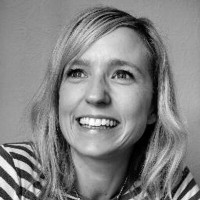 Regional news chiefs have hailed the impact social media engagement has had on commercial operations at their titles.

Editors and journalists have shared their experience of using social media, and how it has helped other aspects of the businesses they work for, during a session at an industry conference being held today in Leicester.

During the session, Birmingham Live journalist Zoe Chamberlain, left, explained how a Facebook group aimed at parents which she had set up, called ‘Brummie Mummies’, had opened up new revenue opportunities for her colleagues since it was launched.

After building up a following on the social media site, Birmingham Live and its sister daily the Birmingham Mail began hosting social events for those following the ‘Brummie Mummies’ page.

Initially free, they later began selling tickets for events which have since attracted hundreds of people to venues including the Sea Life Centre and Drayton Manor theme park.

Zoe told the conference, organised by Behind Local News website: “We saw popular venues were interested and inviting us to host events there. It became a commercial venture. Companies and attractions began approaching us to ask us to host our social events – and to pay for the privilege too.”

He said: “After we launched in Cromer, the town council in Sheringham wrote to us and said they wanted their own page, and video advertising revenue went up as a result of that.”

And JPIMedia North-East editorial director Joy Yates discussed how building up a community of close to 16,000 followers on Instagram was beginning to yield commercial opportunities.

She said: “We are seeing growing interest from commercial customers asking us to share and like their posts, which we don’t, but people are willing to pay for promoted shares and posts.”