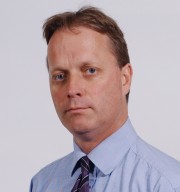 An editorial chief is set to take on extra commercial responsibilities amid the departure of two directors from a regional publisher.

Alan Edmunds, editorial director for Reach plc Regionals, is set to become director for the company’s regional titles after it was revealed Mike Pennington is leaving the business.

Mike has stood down from his role as regional revenue director and North-East regional commercial director in one of two departures from the publisher’s senior commercial team.

The moves were announced in two separate messages to staff from Reach’s new chief executive officer Jim Mullen, which have been seen by HTFP.

In the first message, Jim said: “I’m sorry to announce that Mike Pennington has decided to leave Reach, and will stand down from his role as regional revenue director and NE regional commercial MD with immediate effect.

“I know he was well respected and well liked here at Reach and I want to wish him all the best in the future.”

He added: “In light of this news I have asked Alan Edmunds to operate as director, Regionals in addition to his current responsibilities. He will report to me in this role and sit on the senior executive team.

“The regional commercial MDs will report to him in this role, as will his current direct reports, the regional editors-in-chief. I hope you’ll all join me in welcoming Alan to his new role.”

“It’s been almost eight years to the day since I landed at the Hull Daily Mail from the Yorkshire Post, expanding the region to include Grimsby/Scunthorpe/Lincoln and latterly Newcastle and Teesside, to make it one of the most profitable regions within the business.

“I’ll miss the business but most importantly I will miss the people – I wish you all well.”

In a separate move, Jim also revealed group development director Rupert Howell has decided to leave Reach to concentrate on his portfolio of non-executive directorships.

Rupert said: “It’s been a great ride for these last six years at Trinity Mirror/Reach, but those who know me well know that I don’t like to stay still for too long.

“This is a move that I’ve been contemplating for some time now as I’m keen to explore more new ventures and opportunities. I will miss everyone a lot, but I know the company has a great future.”