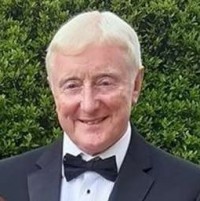 An editor who ran a weekly newspaper for more than 11 years has died suddenly at home aged 67.

Tributes have been paid to John Lavery, left, who edited the Sleaford Standard until 2012 and worked as a freelance journalist with other papers in Lincolnshire.

He had also set up the now-defunct Sleaford Advertiser prior to joining the Standard as editor.

Titles he worked for more recently included the Lincolnshire Free Press and Spalding Guardian, as well as other titles run by Iliffe Media.

In an obituary, Free Press editor Jeremy Ransome said: “John was a lovely person and a great help to me.

“We would talk about football and music and I loved hearing about his busy, enjoyable life.

“He was always so full of life and nothing was too much trouble for him. He truly was a great man.”

John started his working life at Kesteven County Council’s education office in Sleaford and had a brief spell with a friend’s record business before working in advertising and then journalism.

Away from the industry he instigated and organised the Sleaford Marathon in November 1980, was vice president of the Rotary Club of The Deepings and ran an alpaca farm with his wife Karen, to whom he had been married since 1999.

Amrit Mistry, president of the Rotary Club of the Deepings, told the Free Press: “John will be greatly missed by us all. He was a unique individual who cared for the community.

“In June this year he earned Rotarian of the Year for his commitment to the club and dedication to various charitable causes. His cool, calm and collected approach to any task made him an exemplary Rotarian and our club has lost a valuable member and friend.

“He was an outstanding vice president and I will miss his dedicated support and friendship.”