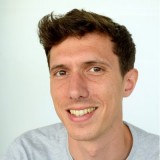 An editor has hit out at “ignorant racists” who posted Islamophobic comments on a court report about an acid attack gang’s sentencing.

Hackney Gazette editor Ramzy Alwakeel, left, has criticised the “ignorant and depressing” comments from users who inundated the paper’s Twitter account with abuse.

Some of those commenting criticised the Gazette for not publishing the fact that the perpetrators of the attack, who had “Islamic names”, were Muslims – even though their religion was not mentioned in court.

According to Ramzy, the comments began after the story, which was published on Thursday, was picked up by a “far-right blog” based in the USA.

In response to the comments, Ramzy wrote on the Gazette’s official Twitter account: “We’re not going to start guessing people’s religions just so ignorant racists have something to cut out and stick on their walls.

“It wasn’t deemed relevant by the court that sentenced them so it’s not relevant.”

In a follow-up editorial, published on Friday, he wrote: “I’d have thought beating up innocent strangers and chucking corrosive fluid in their faces while shouting homophobic abuse would be reason enough to condemn the men jailed yesterday for the attack in Dalston.

“But to read the comments we’ve received on social media this week you’d think the real crime they’d committed was, er… having Islamic names.

“There’s been a lot of speculative Islamophobia (plus some people suggesting Diane Abbott is responsible for everything that happens in Hackney) filling up our timeline since last night. One person told us it was ‘disgusting’ that we hadn’t said the acid attackers were Muslim. Someone told us the story was ‘fake news’ (your guess is as good as mine).

“This shouldn’t need explaining, but evidently it does. We didn’t say they were Muslim for the same reasons that we didn’t say they were Christian or vegetarian or good at bowling: (1) we don’t report stuff we don’t know and (2) their religion (if any) wasn’t deemed relevant by the court that sentenced them. These people are homophobic criminals. That’s it.

“Special shout-out to the boneheads appointing themselves guardians of LGBT rights to justify their Islamophobia: as an actual gay man, I don’t want your bogus solidarity.”

Speaking to HTFP, Ramzy added the Gazette had received “tons of support” from people “closer to home” after the paper stood up to the online trolls.

An anonymous card, signed by “a local thankful Muslim resident”, was delivered to its office on Monday along with two shopping bags full of chocolate for staff.

Said Ramzy: “Calling this sort of thing out is part of a local paper’s job – we are here to represent and support our community, and it is all journalists’ responsibility to fight ignorance with information.

“The problem only really started when our original story about the acid attack was shared by some far-right blog in the US – which is nothing to do with London or even the UK – and I wasn’t going to have our journalism abused to further a cause that is so abhorrent and so antithetical to Hackney.”

Alex at reception just ran upstairs to tell us a cab driver had dropped off two large bags of chocolate for us. This is the anonymous note that came with it. Whoever it was – thank you, and you're very welcome pic.twitter.com/OUEPjuNFpL