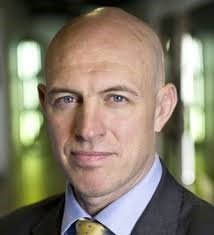 Here, in an article that has appeared in scores of local newspapers today, the former Sun editor, now NMA chairman David Dinsmore, left, calls for the benefits of journalism to society to be properly acknowledged.

The ability of journalists to speak truth to power is one of the most precious freedoms in our democratic society.

Acting on behalf of the public, local and national news media journalists reveal truths that would otherwise remain hidden, exposing them to public scrutiny.

We campaign on the issues that matter to you and fight for wrongs to be righted.

This is happening on an hourly, daily and weekly basis, whether it’s the local paper uncovering corruption in the local council, or a national title exposing the misdemeanours of powerful individuals.

Journalism makes a positive contribution to society and this should be celebrated.

You, our millions of readers, know this. Forty-eight million people in the United Kingdom consume news media in print or digital every month.

Yet, despite the huge audiences who rely on and support what we do, the climate for independent journalism remains hugely challenging.

Take, for example, the numerous threats to freedom of speech.

Appallingly, journalists across the world are in danger of serious physical violence.

Already this year, 10 journalists have been killed and 172 journalists are languishing in prison, according to Reporters Without Borders.

Their recently published international Press Freedom League Table shows the UK rising seven places to 33rd out of 180 countries. This is good news, but we shouldn’t think it’s only journalists in far flung locations who are at risk.

In a number of ways, the serious threat to freedom of speech is right here on our doorstep.

As an industry, we have to counter this by communicating the considerable benefits that journalism produces for society.

Take the brilliant local newspaper activity showcased for this year’s Making a Difference campaign, highlighting their power to champion positive change in the communities they serve.

The South Wales Argus successfully forced a u-turn from the local council after campaigning for months to save a local facility for vulnerable children from being closed down.

In Glasgow, the Evening Times has campaigned tirelessly to persuade local authorities across Scotland to introduce mandatory CPR lessons in all secondary schools.

And there are many examples from the national newspaper sector, from The Times’ successful campaign for no-fault divorces to the Daily Mail’s drive against plastic supermarket bags.

These campaigns, and many more like them, have produced genuine and tangible benefits for society. And this good work is recognised.

This is what the business of journalism is all about.

This year, the industry has come together to launch Journalism Matters – a new campaign designed to highlight the importance of journalism to our democratic society.

I hope this initiative will trigger a much-needed reset in the way journalists and journalism are viewed.

There will always be those who try to stop the truth being exposed. There are many in power who would rather the press did not exist.

We must stand together against this pernicious threat by sending a powerful message that we will not be cowed or silenced.

And we must always seek to highlight the immense good that journalism brings to society.

We thank you, our readers, for your continued support of our journalism and the vital part it plays in our society.