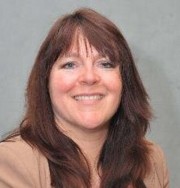 A former regional daily deputy editor who left the newspaper in a restructure three months ago has taken up a new role in public relations.

Diane Davies, who was second in command at Wolverhampton daily the Express & Star, started work as media relations manager for Highways England on Monday .

Diane, pictured, left the Express & Star in November as part of a restructure which also saw editor Keith Harrison depart.

She wrote: “Big day today, first day in my new role as media relations manager for Highways England. Excited to begin this new chapter in my career and at such an important organisation.”

Other recent job moves in the regional press related sectors include the following:

* Thomas Bristow has left his role as a sport social writer at Mirror Online to join the Manchester Evening News as deputy football editor.

* Emma Crighton has been promoted to the role of deputy news editor at The Courier while Paul Malik has been appointed to the same role at sister title the Evening Telegraph. Both were previously reporters at The Courier.

* The Press and Journal has appointed Dan O’Donoghue as Westminster correspondent. Dan was previously a Parliamentary correspondent at Press Association and he has also previously worked as a politics reporter at the Newcastle Chronicle.

* Jack Averty has been appointed investigations editor at the Midland News Association working across the Express & Star and Shropshire Star. He was previously news editor on the papers.

* Joe Hoppe has joined Newsquest Wales and Gloucestershire as a reporter working across the Penarth Times and South Wales Argus. Joe previously worked as a freelance.

* Bristol Post head of print Sian David is to take up the role of digital editor of sister website BristolLive later this month.

* Joe Burn has joined Stoke daily The Sentinel as a local democracy reporter. He has previously written for the Daily Mirror, GetSurrey and Get West London.

* Elizabeth Bates has moved from the role of senior reporter at Politics Home to join The Yorkshire Post as Westminster correspondent.  The Post has also promoted senior reporter Joseph Keith to the role of newsdesk content assistant for print and digital.

* SWNS has apoointed Sarah Ward as deputy news editor. She previously served as a reporter with the news agency.

* Jess Molyneux has joined Reach plc Merseyside as a multimedia reporter working across the Southport Visiter and Ormskirk & Skelmersdale Advertiser.

* Samantha Booth has joined the Camden New Journal a reporter, having previously worked as a reporter at sister paper the Islington Tribune.

* Jessica Long has been promoted to chief digital reporter at Archant Norfolk, working across the Norwich Evening News and Eastern Daily Press.

* Hannah Rodger, previously a reporter at The Sunday Post, has joined The Herald on Sunday as chief reporter, while Stacey Mullen has joined the Post as a reporter from her crime reporter role at The Herald and Times Group.

* Hayley Watson has moved from the role of online content writer at LeicestershireLive to that of city centre reporter at sister print title the Leicester Mercury.