A deputy editor is aiming to raise £1,000 to bring a Sri Lankan dog injured in a machete attack to the UK.

Laura Kearns, of the Leamington Observer, wants to adopt the dog, which was found badly wounded  on a beach before being taken in by a local charity.

Laura and her partner James Pedley have visited Sri Lanka twice in the past two years and have supported the country’s dog rescue charities ever since.

Rescuers believe the animal had been attacked by her owners in a bid to get her to leave them alone, but she was set to be put back on the streets after no-one came forward. 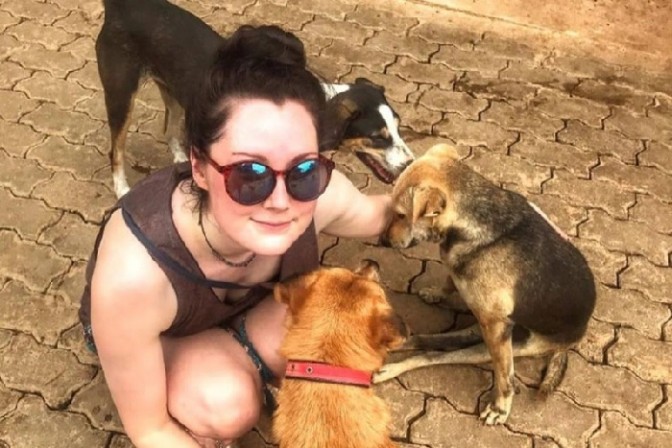 Laura during a previous visit to Sri Lanka

Laura, 30, told the Observer: “We followed her ordeal and after speaking to the charity, knew she would die if she went back on the street.

“She was owned before meaning she has no road sense, and is so friendly would end up following the wrong people and the same thing could happen again or worse.

“The charity is so stretched it cannot keep her, and no one else would take her, so days before she was due to go on the streets we said as a last resort we would adopt her – although we do not take lightly the idea of flying a dog to the UK.

“We know some may say there is enough dogs in this country, and we know that – I spend most Christmas mornings volunteering at Dogs Trust – but we are this girl’s last hope and could not sit by and do nothing.”

The dog, pictured below, has gone to a foster home where she has had her vaccinations and will wait three months before coming to her new home. 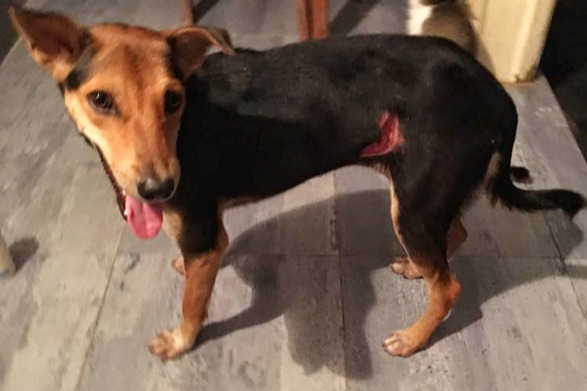 She has been named Kandy after the city she is being fostered in, where the couple also stayed briefly during their last trip.

Laura and James are now aiming to raise around £1,000 needed to pay for flights, vaccinations, travel documents and other associated costs.

They have launched a page for online donations, and will also hold a fun day at the site of street food vendor James’s van in Exhall, near Coventry, next Saturday (28).

James, who is also a drummer in a rock band called Luna Kiss, said: “Dogs in Sri Lanka are often treated badly and we want to give Kandy the best life here. We cannot wait to get her home now.

“We would be so grateful to anyone who could help with our appeal to get her to the UK.”