A regional daily has undergone a redesign after its new editor took over.

The Glasgow Evening Times has had “some tweaks” in a move which new boss Callum Baird says will allow it to “better showcase our exclusive scoops and pack in even more stories”.

Newsquest Scotland announced last month that Callum would take on the role of managing editor of the Evening Times in addition to his current duties running pro-Scottish independence daily The National.

Callum revealed the redesign in a piece outlining his vision for the Evening Times, which was published on Friday. 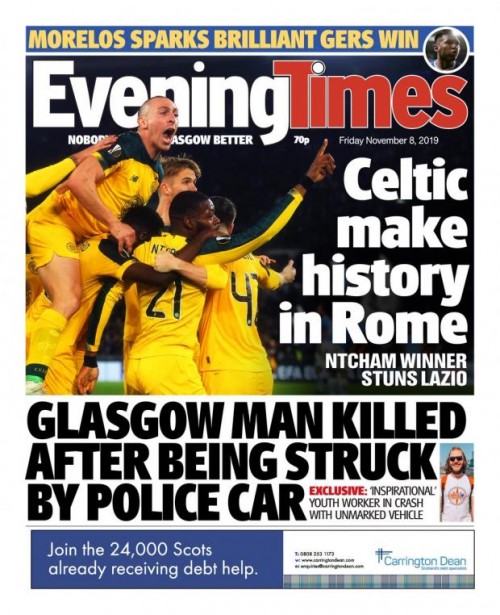 He wrote: “As you flick through these pages today, you may notice a few changes to the look of your newspaper. We’ve made some tweaks to the design so we can better showcase our exclusive scoops and pack in even more stories to provide value for money for our family of readers.

“I took over the editorship of the Evening Times on Monday – and it’s a real privilege to be able to be at the helm of a newspaper with such a rich history.

“And we’ve got lots of exciting plans for the future as well. Over the next month, we’re going to keep adding lots of new columnists, memories, campaigns and features. Glasgow is the best city in the world – and we intend to do everything we can at the Evening Times to serve the people who live here.

“So we want to hear from you. What do you like about the paper? What would you like to see more of? What about this great city isn’t right – and what do you want us to campaign to fix?”  No idea is too daft or radical for us to consider.”

The cover price of the Evening Times remains at 70p.