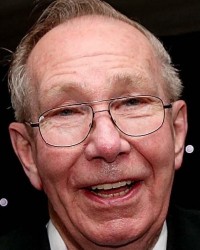 A regional daily has apologised after publishing an obituary for a man who was in fact alive and well.

The Northern Echo has said sorry to the family of Charlie Donaghy, pictured, who is described as a “lifelong supporter of grassroots sport” in the North-East of England, after erroneously publishing a tribute piece to him on its website on Sunday.

In an apology issued the same day, the Echo said it checked with three independent sources, including a representative of at least one of the clubs Mr Donaghy worked with, who all confirmed the information, prior to it being published.

The Echo removed the story from its site and social media channels as soon as it was made aware that it was incorrect.

In the apology piece, in which it confirmed he is “alive and well”, the Echo ran a statement from Mr Donaghy’s family.

They said: “We are devastated by the inaccuracy of this report.

“This has caused immeasurable distress for my sister as well to many of dad’s friends and supporters over the years.

“To allow this to be released onto the internet without checking with our family is unforgivable.

“Please ensure this never happens to anyone else again as you cannot unhear or unread that your father is dead.”

In its own statement, the Echo said: “We apologise unreservedly for our mistake, and for any understandable distress and devastation that was caused to Mr Donaghy, his family and friends.”