Daily reveals price rise to ‘bring it into line with market’

A regional daily has undergone a cover price increase in a move designed to “bring it into line with other titles  in the immediate market”.

Newsquest has confirmed the price of North Wales daily The Leader has increased from 70p to 75.

The change to the paper, which runs Wrexham and Flintshire editions, was introduced at the start of last week.

The Mold-based newspaper was purchased by Newsquest, along with its fellow former NWN Media titles, 18 months ago, and has since introduced a Saturday edition for the first time ever. 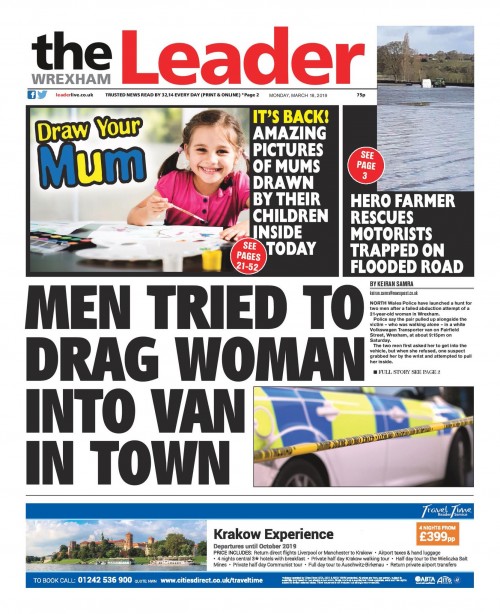 A Newsquest spokesman said: “This is The Leader’s first cover price increase since acquisition of the business in September 2017, bringing the title in line with other daily newspapers in the immediate market.”

At the start of this year HTFP reported The Leader was staying put in Mold after the possibility of moving to a new home had been touted earlier in 2018.

However, the paper’s Wrexham district office was shut just before Christmas.