The Liverpool Echo has celebrated Liverpool FC’s sixth European Cup win after running three special Madrid editions over the course of this weekend for football fans in Spain.

Liverpool beat Tottenham Hotspur in the European Cup final in the Spanish capital on Saturday night, and the Echo brought out special editions on Friday, Saturday and Sunday aimed at fans who had travelled over for the match.

The win also prompted the newspaper to run a souvenir edition of the Sunday Echo back home, which featured a 16-page sport supplement inside headlined ‘The Joy of Six’.

The front page headline simply tagged the victorious side the ‘Immortals’. 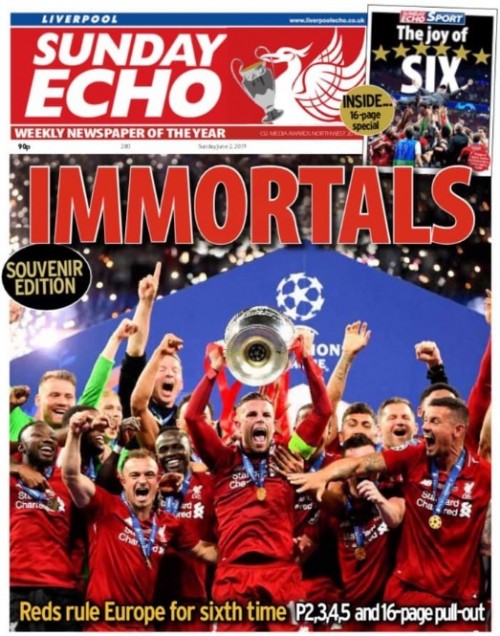 On afternoon, 4,000 copies of the first Madrid edition had been sold at a cover price of €2 each.

Echo owner Reach plc was able to print the edition in Madrid thanks to a deal with the Spanish printer of its national title the Daily Mirror. 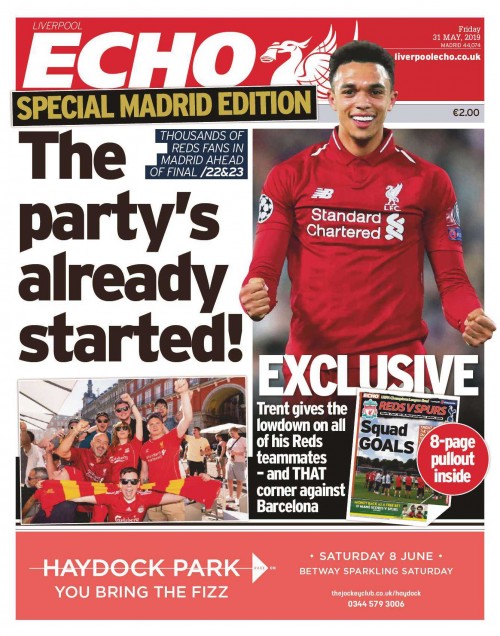 Reach circulation director John Howard said on Friday: “Given that the Champions League Cup Final is happening in Madrid, we had this idea to do three special editions for all our fans who have travelled down for the game.

“Using our usual Madrid printer for the Mirror, we were able to make that happen.” 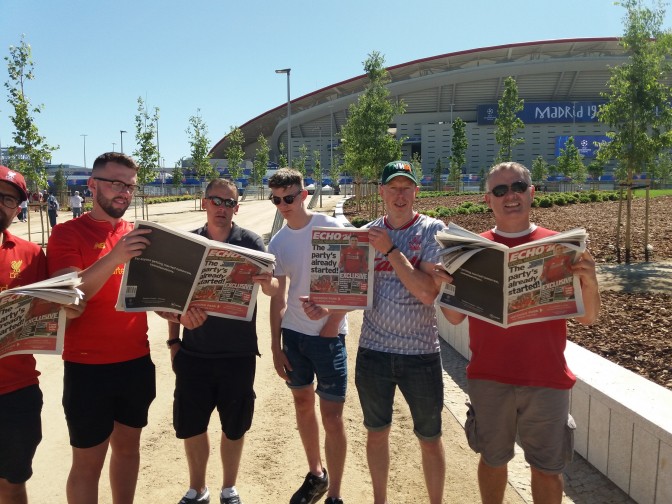 Saturday’s match was the conclusion of the 2018-19 Champions League tournament, which features clubs from all over Europe.