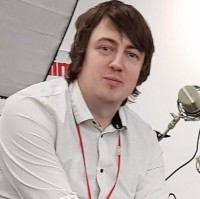 A daily newspaper is urging readers to buy an extra copy for friends or relatives as part of a new campaign it is launching.

Newsquest’s pro-Scottish independence daily The National is calling on those who support it to help convert those unconvinced by the cause to buy two copies of the paper on Saturday.

Saturday’s edition will feature a special eight-page feature packed with the arguments and facts the Glasgow-based paper thinks will “help lay out the rationale for Scottish independence – and that challenge the “too wee, too poor, too stupid” rhetoric so often used against the Yes side”.

This weekend’s production is the first in what will be a monthly series examining the major issues around the constitutional debate.

Editor Callum Baird, pictured, said: “The First Minister is on a campaign footing, and so are we. This Saturday, get your jacket on, pick up an extra copy of The National and share it with someone you know has questions about the country’s future, and needs answers.

“It’s time to have those face-to-face conversations that will win it for Yes in the villages, towns and cities that will benefit from that constitutional change.

“While the Tories work out who they’ll choose to be our next prime minister, we’ll be out there looking to a positive future in which Scotland has a real say in who governs us.”

The National’s latest push comes after it last month pledged to recruit two new journalists once it signs up 7,000 and 9,000 subscribers respectively.

Its ‘10,000 Steps’ drive to increase the number of readers taking out a subscription came after the paper reached the 6,000 mark, and also pledged to launch a “Unionist fact-checking service” should it hit 8,000 and launch a free glossy magazine outlining the benefits of independence to every town in Scotland if it reaches 10,000.