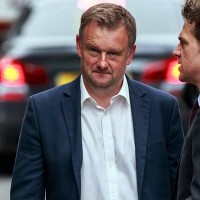 A health reporter has become the latest journalist to hit out at the “vitriol” faced by he and his colleagues in online readers’ comments sections.

Scotsman health correspondent Kevan Christie, left, has attacked what he termed the “pencils-up-the-nose, underpants-on-the-head online brigade” in an opinion piece for the newspaper.

Now Kevan has taken up the theme in a piece in which he addressed claims that his newspaper was politically biased – especially in terms of the Scottish independence debate.

The Scotsman has historically been a pro-Unionist title and backed the ‘No’ campaign in the 2014 referendum on Scottish independence, but editor Frank O’Donnell announced in April 2017 that the title would be neutral in any future referendum.

In his piece Kevan wrote: “In the current climate of change for newspapers as we move from print to digital and cater for a new audience with different demands, there simply isn’t enough time to cultivate a cunning SNP-toppling plan, or to lay a trap for Labour. Agendas are not at work; good stories are.”

“We may not have the paper’s 200-year-old pledge of ‘impartiality, firmness and independence’ tattooed on our foreheads, but I know of no reporter who has ever been asked to skew a story in favour of one political party or another.

“I don’t cover politics as health is my beat but no-one who works at The Scotsman can fail to notice the vitriol that pours our way from the pencils-up-the-nose, underpants-on-the-head online brigade. They live Beyond the Wall in that bitter hinterland known only as… the readers’ comments section of most newspapers.”

Kevan is the latest of a series of regional journalists who have spoken out in recent months about abuse abuse they have received online.

And earlier this week we reported how Oxford Mail news editor Rebecca Hudson had received an apology from a blog owner after “completely ludicrous” conspiracy theories involving her were posted on his website.