A council is calling for the introduction of new charges for journalists to submit Freedom of Information requests.

East Lothian Council wants the Scottish government to give the green light to the idea, claiming the current system is “diverting” its officers from their other duties.

The authority says council tax payers are effectively subsidising the costs of dealing with FoI requests and that it would be “fairer” if the people who want the information paid for the time it takes to produce it.

Earlier this year Leicestershire Police proposed charging for FoI requests, claiming that time was being wasted on inquiries from journalists about crimes involving “donkeys and sex.” 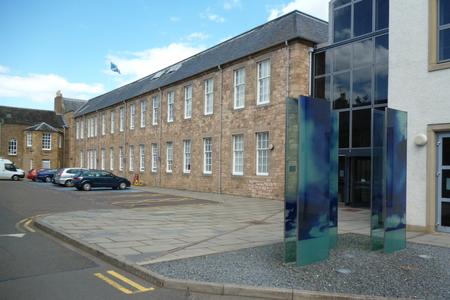 East Lothian council was taken to task by the Scottish Information Commissioner last year over its failure to respond to FoI requests within the time limit set.

In a submission to the Scottish government post legislative scrutiny committee, the council said that the burden on already-stretched resources can be “overwhelming”, although it acknowledged that the legislation “provides a means of holding public bodies to account to ensure that they act in the public interest”.

However, it added: “Some applicants use this as a free research facility for their own personal or financial advantage e.g. journalists, solicitors, businesses and students.”

The council also requested that if the committee decided not to remove the current threshold which only allows charges if the cost of an FoI is above £100, it should consider reducing the threshold for press requests or commercial operators.

Last year, it dealt with 1,250 FoI requests but only 35 per cent were answered within the 20 working day timescale – 44pc were from the public, with 24pc from businesses and 14pc from the press.

A council spokesperson told the East Lothian Courier: “We are aware that the quantity of requests made is having a huge impact on officers diverting them from other core duties.

“The council’s position is that it supports FoI but considers the current position means that the council taxpayers subsidise this service and it would be fairer if the people who want the information paid for the time it takes to produce it in the same way as happens for environmental requests.

“The council’s submission only asked that the legislation for FoI should allow charging in the same way.”

East Lothian Council is one of only five local authorities to submit a response to the committee’s current enquiry into the current FoI legislation and the only one to suggest being allowed to charge journalists.

In its submission, the National Union of Journalists raised concerns that members of the press were subject to unjustifiable delays as highlighted in a recent report by the Scottish Information Commissioner.

It said: “In seeking Freedom of Information requests, journalists are acting on behalf of the public and should not be treated as second-class citizens.”

Earlier this year journalists searching for crimes involving “donkeys” and “sex” were blamed for Leicestershire Police’s decision to consider charging for FoI requests.

The force raised the issue of whether it should charge for the information, saying the legislation is being used for “negative judgements” about the force.