Council bars journalists from meeting over ‘health and safety’ fears 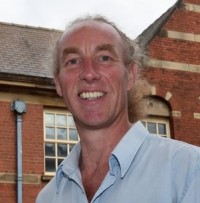 A council has been criticised after barring journalists and members of the public from a meeting for “health and safety” reasons.

Sheffield City Council held the meeting of its economic and environmental scrutiny committee in secret after deciding to hold it at an incinerator, rather than Town Hall.

The committee met at the Bernard Road incinerator to debate a report outlining how Sheffield’s waste is handled, undertaking a tour of the site while they were there.

The decision has prompted criticism from both journalists and councillors.

Sheffield Green Party leader Councillor Douglas Johnson, pictured, told the city’s daily The Star prior to Tuesday’s meeting: “It’s ridiculous. It will absolutely put people off questioning at the meeting.

“Even if they were allowing the public to come it is still out of the way. The Town Hall is right in the city centre so it’s the perfect place, the tour of the incinerator could be done at a different time.

“It’s really important they have the right and accessibility to attend meetings.”

“Who comes up with this? Have the meeting at the Town Hall and then councillors have the incinerator tour afterwards.”

HTFP has approached both The Star and the council for further comment.