Community reporters ‘uncovering stories that would have been missed’ 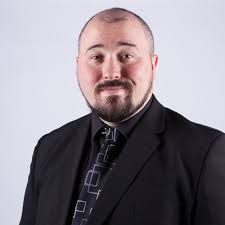 Local reporters recruited under the Facebook-funded community news project are uncovering stories that would otherwise have been missed, journalism training leaders have been told.

Since the project was launched a year ago, 80 new journalists have been recruited in a bid to reach under-reported communities and tackle the lack of diversity in newsrooms.

Three of the them took to the stage at the NCTJ’s journalism skills conference in Sunderland to talk about their roles.

They included James Vukmirovic, pictured, who got a job at the Express & Star under the scheme after 15 years working in admin rolees while dreaming of becoming a journalist.

Said James: “I left a fairly decent-paying job to go back to Wolverhampton College to do an NCTJ qualification and in the meantime this job came up.

“It’s the job I always wanted to do and I finally got to do it.”

He cited his favourite stories as attending a gin-tasting at a local church and meeting a former vicar of Bangkok who said God sent him to Wolverhampton.

Natasha Meek, community reporter at the Bradford Telegraph and Argus, said the key part of the role for her was giving a platform for “unheard voices.”

“There have been quite a few stories which really touched the souls of people in Bradford. It’s brought a new perspective for people reading their local paper,” she told the conference.

“We are really trying to push access to communities that haven’t been reached before and make a difference to peoples’ lives,” he said.

Sian Cox-Brooker, who is managing the project for Facebook, said the 80 community news reporters had generated 23m page views between them and 170 front page splashes.

“It really shows the reporters are uncovering stories that would have been missed, and getting stories out that woulnd’t otherwise have been told,” she said.

A new award was later handed out at the conference to recognise the exceptional work done by reporters recruited by the community news project.

It went to Shona Elliott, disability and equalities reporter at the Edinburgh Evening News, who revealed that services for children with additional support-needs in the city faced significant cuts.

The judges praised Shona for combining digital skills with “good old-fashioned digging”, shining a spotlight on issues relevant to people living with disabilities in her city.