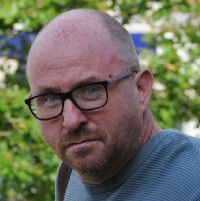 A chief reporter successfully fought a court order which would have stopped him from naming a teaching assistant jailed after assaulting a special school pupil.

Stephen Briggs, of the Peterborough Telegraph, argued before a judge that a proposed Section 45 order would have meant he could not identify Gary Speight, pictured, who assaulted a boy with acute educational and physical needs while on a school trip.

Prosecution counsel at Peterborough Magistrates’ Court had applied for the order at Speight’s sentencing hearing in order to protect the victim, but District Judge Ken Sheraton agreed with Stephen’s argument that such a restriction would prevent the Telegraph from being able to run the story.

The assault had taken place on a minibus and involved Speight, 50, bending the boy’s fingers back and putting his arm in a lock behind his seat.

The child had a number of acute educational and physical needs and was unable to shout out to stop the assaults, but other Phoenix School teachers on board spotted what had happened and reported it.

Speight denied assaulting the boy, accusing the teachers of lying about what happened, but was convicted of common assault at a trial last month.

Stephen told HTFP: “We had heard about the case thanks to a tip-off after the trial had concluded. Our photographer David snatched the defendant coming into court, and before the sentencing hearing started we checked with the clerk if any reporting restrictions had been made. Up to that point, there had not been any.

“When the case started, the prosecution asked for a Section 45 order to be put in place to protect the identity of the youngster involved.

“The District Judge asked if we had any representations to make – I said that we don’t wish to identify the child, because they were particularly vulnerable because the incident happened at a special school, but under the terms of Section 45 we would not be able to name the school involved. This would also prevent us from naming the defendant, and prevent us from running the story.

“The judge agreed, and said while he would be making the S45 order, we would be able to publish the school involved. While on the face of it the assault was not too serious in the injuries caused to the youngster, because of the breach of trust involved – especially at a special school against such a vulnerable victim – we thought it was an important story to tell.”

Speight was jailed for 10 weeks at the hearing.

Charles Corbett, prosecuting, said the boy had been sitting in front of Speight and “would reach behind him and pinch the defendant on the leg” before the assault took place.

Matthew Cullen, defending, had called for the judge to impose a community order as a sentence, adding: “There are significant mitigating factors for the case. He is effectively of good character.

“This was an isolated incident. He has worked for nine years in the same job, and it has never happened before, and it won’t happen again.”

Passing sentence, Judge Sheraton said the offence had been a clear breach of trust against a very vulnerable victim, which meant only a custodial sentence was appropriate.

Charlotte Whysall, headteacher at The Phoenix School, told the Telegraph: “We have supported and cooperated with the police investigation at every stage and we are satisfied with the court’s judgement.

“As soon as we were made aware of the incident we took immediate action by suspending the member of staff in question and reporting the assault to the police and the city council.

“We have, and will continue to support the young person involved and their family. As a result of the guilty verdict the member of staff has been permanently dismissed.”