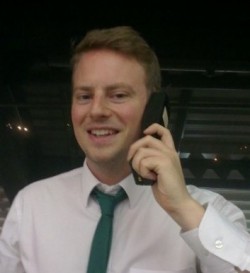 Key Brexit votes were covered live in Parliament by a number of regional journalists thanks to an agreement secured by the Newspaper Conference.

The Conference, which is the organisation for regional political correspondents in Westminster, was able to secure space in Parliament for Tuesday’s votes with the help of the News Media Association.

An appeal was put out beforehand to regional titles who were able to send a reporter to London tp cover the votes, and as a result journalists from around 10 different news outlets attended.

He told HTFP: “With a dwindling number of regional newspapers choosing to employ a journalist full-time to cover Westminster politics, it was extremely welcome that the Houses of Parliament made space available for local newspaper and broadcast journalists to be part of the action for the toing-and-froing of the Brexit amendments on Tuesday.

“As chairman of the regional lobby, I worked with the Parliament press team and the industry-body News Media Association to send invites far and wide to let regional newsrooms know that access to the House of Commons, MPs and constitutional experts would be available and on hand if they were happy to make the trip to London.

“We’d expected possibly two or three titles to take us up on the offer but, encouragingly, about 10 newspapers, websites and radio stations booked to travel to London for the occasion, with journalists descending from places as far afield as Jersey, Sheffield and Edinburgh.”

A makeshift media room, with TVs, desks and WiFi, was created in the Jubilee Room, just off the historic Westminster Hall, for the travelling pack to set-up shop.

When he was appointed chairman of the Conference last year, Patrick had pledged to campaign for better access for regional political journalists.

He added: “As well as briefings from experts on what to expect during the flurry of votes, there was time for journalists to meet with their MPs one-to-one and to spend plenty of time in the viewing galleries of the House of Commons watching the action unfold.

“On a personal note, watching journalists come back into the Jubilee Room clutching a notepad full of quotes from one of their MPs, having just got the scoop on how they planned to vote that evening, was a real moment of validation – the effort of organising and liaising to make the ad hoc arrangements work had been worth it.

“It felt, even if it was only for a day, like regional papers were truly back in business in Westminster and it is something both the press gallery and the powers-that-be would love to see happen more often.

“And the good news is, with this little thing called Brexit to solve, there will almost certainly be a next time.”