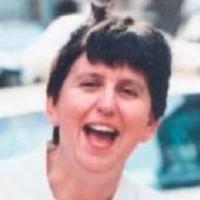 An assistant editor who worked for two rival dailies and was “an extremely popular and talented journalist” has died aged 73.

Tributes have been paid to Helen Greenaway, left, who worked for both the Belfast Telegraph and Belfast News Letter during a career in which she also served a number of weekly newspapers in Northern Ireland.

Helen completed her early training as a reporter with the Bangor Spectator and the East Antrim Times.

She continued her career in Belfast from the late 1960s onwards, first with the Bel Tel and then with the News Letter.

Former Bel Tel editor Edmund Curran told the paper: “She excelled with her warm personality and page production and reporting skills, making her mark in local journalism at a time when newspapers were dominated by men.

“I recall Helen as an extremely popular and talented journalist, particularly in editorial production in the Belfast Telegraph and later the News Letter. In her unassuming and modest manner, she made a considerable contribution to both papers.”

In 1990, Helen moved to the News Letter under the editorship of Geoff Martin, where she rose from the role of chief sub-editor to become assistant editor.

Current editor Alistair Bushe said: “Helen brought a mixture of straight-talking, humour and real editorial expertise to the News Letter. She was never fazed by even the biggest breaking news story or the tightest deadline. We are all with her daughters Heather and Emma.”

Former News Letter editor Rankin Armstrong added: “Helen was a pleasure to work with and she was an old-school journalist and a real professional.

“She had the skills to get to the heart of a story quickly, checking for accuracy, getting the best headline possible and always mindful of the clock winding down to a deadline.”

Helen is survived by her daughters Heather, a journalist with the Sunday Mail, and Emma, as well as four grandchildren.

She had suffered from a length illness prior to her death, and her funeral was held on 29 March.