The Welsh Government has been urged to offer £200,000 of funding for hyperlocal journalism over the next two years while also exploring the possibility of launching publicly-funded “news hubs” in parts of Wales.

In a wide-ranging report on news journalism in Wales, the Welsh Assembly’s culture, Welsh language and communications committee recommends allowing hyperlocal media outlets to apply for funding from a £100,000-a-year pot to help keep them sustainable.

The committee also wants the Welsh Government to enable statutory notices to be published by hyperlocal and online providers – saying the current system requiring them to be published in print “insulates” local newspapers from competition.

In its report, published today, the committee further urged the BBC to carry out a public review into the local democracy reporting scheme , amid concerns that regional publishers have used funding from the programme to “replace existing provision, rather than provide additional content”. 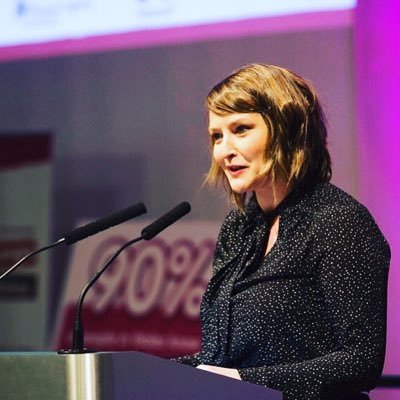 Earlier this month, the BBC’s head of local news partnerships Matthew Barraclough admitted in an exclusive piece for HTFP that the scheme will not “slow or offset” the rate of job losses in the UK regional press.

In the report, the committee urged the Welsh Government to use £100,000 it has set aside for the next two financial years to help fund new hyperlocal startups, as well as current operators in the sector looking to innovate and develop more sustainable business models.

The idea had been touted by Cardiff University’s Centre for Community Journalism, which last year founded the Independent Community News Network – a trade boy for hyperlocal news outlets.

The report praised the centre’s “thoughtful response” to a consultation on how the funding could best support news journalism in Wales, adding the idea should be given “serious consideration”.

The committee said it was also attracted to the concept of publicly-funded “arm’s length” news hubs, which could be set up to combat the lack of market viability of local news provision in many areas of Wales.

It was suggested that such a project could be funded with money saved by modernising the way public notices are published.

The report added: “We also believe that this would be a better use of the funding the BBC is providing to embed BBC journalists in other media organisations.”

Last year a Welsh Assembly report proposed recruiting an “impartial” in-house team of journalists to cover its goings on, but no such recommendation has been put forward by the committee in its latest findings.

Assembly Member and committee chair Bethan Sayed, picture, said: “A free press and media has long been the mark of a free society. Without frank and independent journalism people may not be fully informed of what is done in their name and Governments, and others with power, will not be held to account for their actions.

“The decline of commercial news journalism in Wales should therefore concern us all. As in other parts of the world, the circulations of Welsh newspapers have dropped sharply in recent years while online circulation has grown – leading to job-losses, mergers and newspaper closures.

“Wales is far from alone in seeing a decline in traditional print newspapers. However, the Welsh media is smaller and less diverse than other parts of the UK and so the impact of these changes is affecting us disproportionately.

“We believe the Welsh Government should consider the importance of a diverse media sector as a strategic priority and investigate ways to support it either directly or indirectly.”

She said: “Independent community and hyperlocal journalism is growing in strength and numbers and we welcome the committee’s acknowledgement of it as a valuable and extremely important part of the news media in Wales.

“Without the vital contribution of these hyperlocal titles, communities would have little to no access to information about civic life.

“We urge Welsh Government to consider these recommendations and we look forward to working with them closely over the following months.”

Wales has 11 local democracy reporter posts, which are funded by the BBC but see the journalists involved being employed by regional publishers.

To date, nine of these roles have been filled in Wales.

A BBC spokesperson said: “The local democracy reporters scheme is a news wire service, producing important public service journalism on the work of local councils and other public bodies and sharing it with the BBC and our external partners.

“We’re proud the journalism produced by these reporters is already being used across the news industry.”