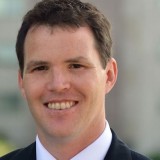 The Welsh Government has agreed “in principle” to launch a central fund to support journalism, it has been reported.

Deputy Minister Lee Waters has confirmed plans for an “arm’s-length” fund to support Welsh Media and that options to deliver the scheme will be explored further following the forthcoming Senedd election.

The Senedd’s Culture, Welsh Language and Communications Committee recommended in 2018 that the Welsh Government should invest in hyperlocal journalism and explore the possibility of launching publicly-funded “news hubs” in parts of Wales.

Mr Waters, pictured, confirmed the new agreement in a letter to the Committee, Nation.Cymru has reported.

He said: “The Welsh Government has been exploring options to strengthen and diversify the provision of news in Wales in response to concerns regarding weaknesses in the indigenous media infrastructure and plurality of news on matters of public interest.

“A number of discussions have been held with stakeholders over recent months. These discussions have reflected the view of the Committee that the supply of media content for Wales is inadequate.

“We note your report’s findings of widespread dissatisfaction with the supply of media content for Welsh audiences, in particular news and current affairs content, and recognise the impact of this on scrutiny of government decisions and democratic accountability.

“We note the recommendation that the Welsh Government should establish an ongoing central fund to support news journalism, with arms-length delivery and accountability to secure impartiality.

“I can confirm that the Welsh Government has agreed ‘in principle’ support to funding an increase in coverage of news, on an arm’s-length basis.

“Options to deliver this will be explored further following the election. We are keen to work with our stakeholders, including the Senedd, as we develop our proposal.”

The Welsh Government was unable to give more information about the plan at this stage when approached by HTFP.