A weekly newspaper has said sorry after a photograph of a Sikh parade wrongly appeared next to a story about the UK’s most wanted sex offenders on its Facebook page.

The Morley Observer apologised to the Sikh community in the Leeds area for the error, which has been blamed on a technical issue to do with how stories are uploaded to the social networking site.

Parent company Johnston Press has launched an investigation into the matter following the post, which had been scheduled by a journalist to appear on Facebook at a specific time.

According to JP Yorkshire group weeklies editor Jean MacQuarrie, the journalist wrote the post, entitled ‘The 13 people on the most wanted list for connection to crimes of a sexual nature’, after receiving photographs of those 13 suspects from Crimestoppers. 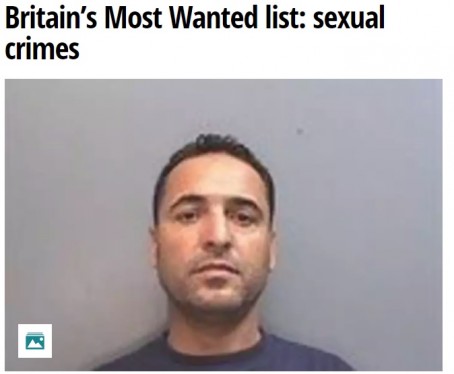 The offending article with the correct picture

The journalist then uploaded the words and a correct photograph of one of the suspects to the Observer’s Facebook page at 1.26pm on 23 April, with the post going live at 9.07 pm that evening.

Observer staff became aware of the error the following morning and removed the post.

In her apology, posted by the Sikhs in Leeds Facebook page, Jean wrote: “We absolutely did not intend and greatly regret any disrespect to the Sikh community. Obviously, the members of the community who appeared in the photograph are not suspected of having committed crimes of a sexual nature.

“I was very concerned to learn of this incident, and I immediately began making enquiries. What I have learned is that the Morley Observer was not at fault, and the error was caused by Facebook.”

“Then, without our knowledge or permission, it selected the next available image on the site, which unfortunately happened to be the photo taken at the Vaisakhi Parade, which we had used two days earlier to illustrate our coverage of the parade.”

She added: “I have the greatest of sympathy with the gentlemen in the photo, and I am very sorry that this has happened. However, they deserve to receive apologies from Facebook which is, of course, responsible for the mistake.

“For that reason, I am doing everything within my power to ensure that Facebook takes responsibility for making such a serious error, and to persuade them to apologise to the gentlemen concerned.”

Johnston Press has since instructed staff not to use the Social Flow programme which was used to publish the post, and Social Flow chief executive Jim Anderson has blamed the error on the correct picture being too small to meet Facebook’s requirements.

A JP spokesman said: “Due to what appears to be a technical issue with the systems we use to manage our social media posts, an image appeared on the Morley Observer Facebook page accompanying an article about sexual assaults which was not related to the story.

“Our digital team removed the image as soon as it was spotted. We deeply regret this unrelated image was used and have offered our sincere apologies to the Sikh community.

“We are undertaking a full investigation to understand exactly how this occurred and will take all steps necessary to ensure that this is not repeated. In the interim, we have immediately suspended use of the social media software across all our platforms.”