A weekly newspaper reporter has won a top honour an a national ceremony celebrating talented people from ethnic minorities.

The Ilford Recorder’s Ellena Cruse, pictured, has been crowned Young Journalist of the Year at the GG2 Leadership Awards 2018.

The awards were held in central London on Thursday and brought more than 700 guests together including senior politicians, influential business leaders, and celebrities from the arts, film, TV and sport.

According to a report by the Recorder, Ellena was selected for her “campaigning journalism and belief in the power of words to promote good.” 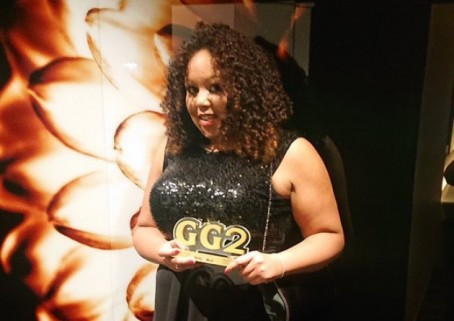 In a post on Twitter, Ellena said: “[I] can’t actually believe it but [I am] so honoured to be GG2 Awards Young Journalist of the Year 2018.

“Thank you GG2 for a lovely evening, it was amazing to meet and hear about so many inspiring people.”

Recorder editor Lindsay Jones said: “This win is fully deserved and, speaking on behalf on my team, we are extremely proud of Ellena.

“From uncovering that London Bridge terrorist [Khuram Shazad] Butt was allowed to teach at an Ilford primary school to sharing the harrowing experiences of sex workers in Ilford Lane – her achievements at the paper are numerous.

“She has a bright career ahead of her.”