A weekly newspaper has celebrated the first anniversary of its campaign aimed at “building a stronger community” in a seaside town it serves.

The North Norfolk News launched its ‘Enjoy Cromer More’ bid in October last year with the aim of promoting the resort to readers.

The campaign has seen the News launch an ‘Enjoy Cromer More’ club which allowed card-carrying members to enjoy special offers and discounts at participating shops and businesses, while it has also run pages dedicated to showcasing the best of the town each week.

The launch of a dedicated community news website and Facebook group for Cromer have further former part of the campaign. 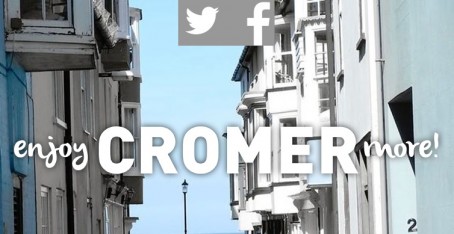 In a piece marking the anniversary, editor Adam Lazzari said: “Enjoy Cromer More has always been about building a stronger community.

“We’ve done that by renewing our focus on local journalism, covering the news and events that really matter to Cromer residents and everyone who has a special place in their heart for this wonderful town, no matter where they come from.

“And we’ve done it through providing forums for people to share their own news, opinions, photos, videos, and anything else they want to that’s connected with the Gem of the North Norfolk Coast.

“We’d like to say thank you to everyone who has contributed in any way to the project over the past 12 months, and we hope you will continue to get involved in the vibrant community this project has helped to build.”