Weekly has ‘scrap’ day at the office after series of errors

It was a bit of a ‘scrap’ day at the office at the Croydon Guardian after a catalogue of errors were found in this week’s edition.

Twitter users were quick to point out that ‘skyscraper’ had incorrectly been spelled as ‘skyscrapper,’ which sounds like the kind of name you would give a tall boxer rather than a tall building.

The mistake was repeated on both the Guardian’s front page and the headline of the accompanying article – although it was spelled correctly in the story itself.

And it didn’t end there.  The town of Purley was also misspelled as ‘Purely’ in the story’s intro, while the email address of reporter Riley Krause, whose byline accompanied the story, was given as ‘Riley Krayse’. 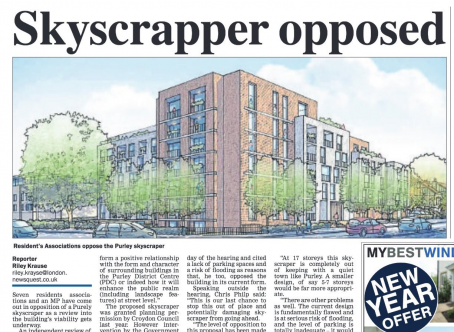