A weekly newspaper has changed its masthead to the colours of the St George’s Cross in preparation for England’s World cup semi-final tonight.

The Driffield & Wolds Weekly ran a patriotic splash this week to get a local take on plans for the match tonight, along with a round-up of how its patch celebrated Saturday’s quarter-final victory over Sweden.

Andy founded the newspaper after taking voluntary redundancy in 2015 from Johnston Press title the Driffield Times & Post, which was subsequently closed by the regional publisher. 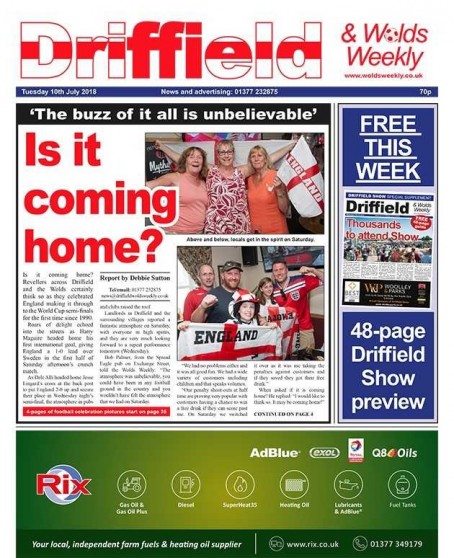 Said Andy: “We have been publishing nearly 3 years now and we have added artwork to our masthead in the past, such as poppies, but with the feel-good factor at the moment we couldn’t resist in going the full hog with St George.

“When I worked for JP this is the sort of thing I would have loved to have done, but I never had a real say. Now I have the final decision it’s great to just do it, and I think more papers will follow, especially if we get through tomorrow’s semi-final.

“We have already had calls to the office saying what a great idea, with one customer saying ‘you’re more than just a newspaper, well done we love it.'”

This week’s 112-page edition also includes a 48-page preview of next week’s Driffield Show – which attracts above 20,000 people every year.

Andy added: “In our first two years we also produced 48-page previews and all three are the biggest any newspaper has done on the Driffield Show in 143 years of it running and the organisers are once again delighted.”

Here’s a round-up of other World Cup themed front pages from across the regional press as England prepare to take on Croatia. 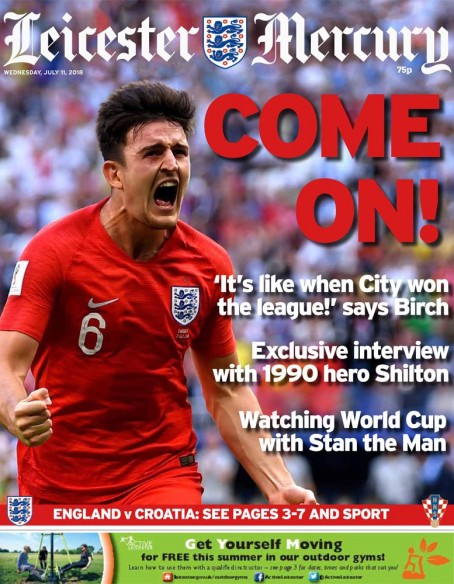 The Leicester Mercury devotes its front page to Foxes defender Harry Maguire who has become a key member of the England XI in Russia. 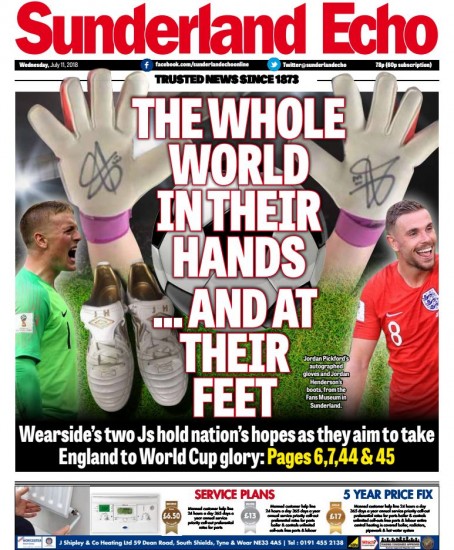 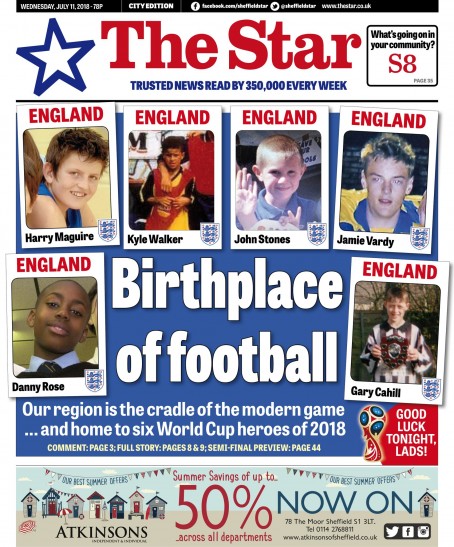 The Sheffield Star front ties together the city’s status as the birthplace both of the modern game, and six of England’s World Cup squad. 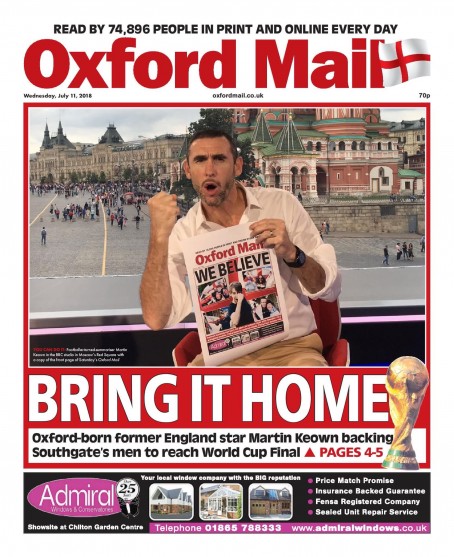 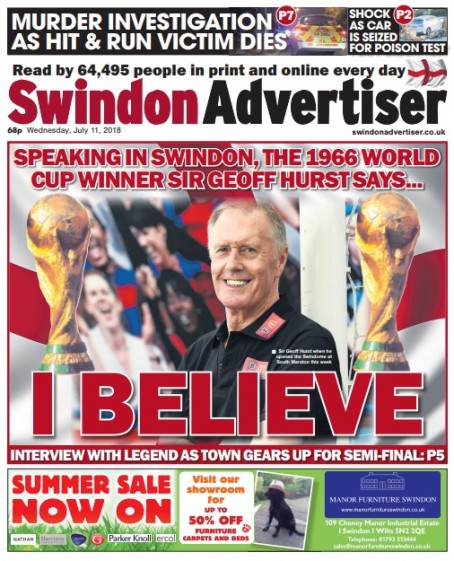 And its Newsquest sister daily the Swindon Advertiser landed an interview with Sir Geoff Hurst, who famously scored a hat-trick for England in their only World Cup final appearance against West Germany in 1966.