There may now be “no plans for final day” to quote Baddiel, Skinner & The Lightning Seeds, but the regional press has still saluted England’s footballers after their World Cup bid ended.

With Wednesday’s semi-final going to extra time and ending in a Croatia victory, newspapers were pushed to meet deadlines and had prepared themselves for all eventualities before kick-off.

Sadly the Kent Messenger was unable to use the below front page wraparound which it had planned to run in the event of an England win.

The Maidstone-based Messenger posted an image of the spiked wrap on its official Twitter channel after the final whistle.

Spiked. But you did us proud, lads. pic.twitter.com/qwYgYDNIIO

Frustration at the result was also shared in Norwich by Eastern Daily Press editor David Powles, who tweeted the below in dismay.

The EDP instead ran with a front page showing England manager Gareth Southgate hugging striker Marcus Rashford after the defeat. 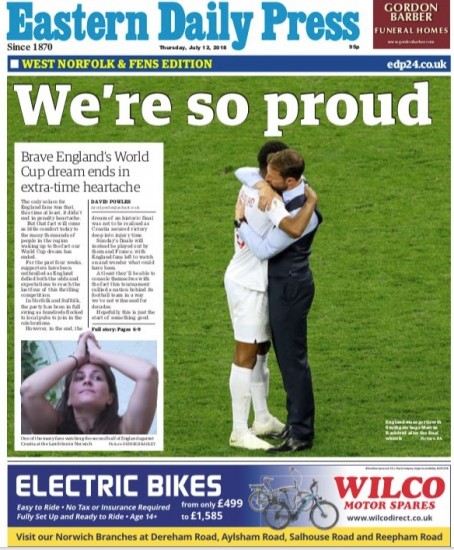 In Bristol, the Western Daily Press showed the agony on the faces of two fans watching the match. 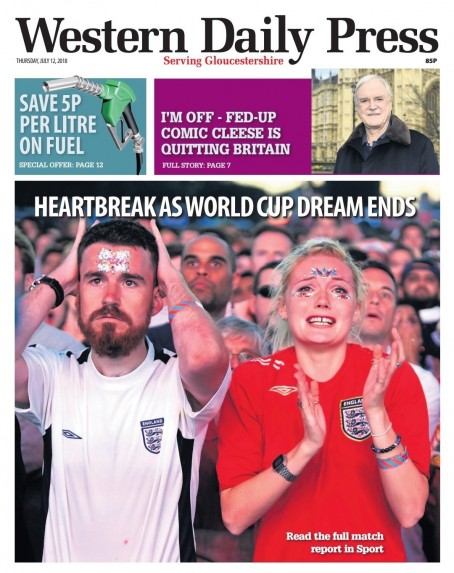 A similar theme was also found on the front page of the Darlington-based Northern Echo. 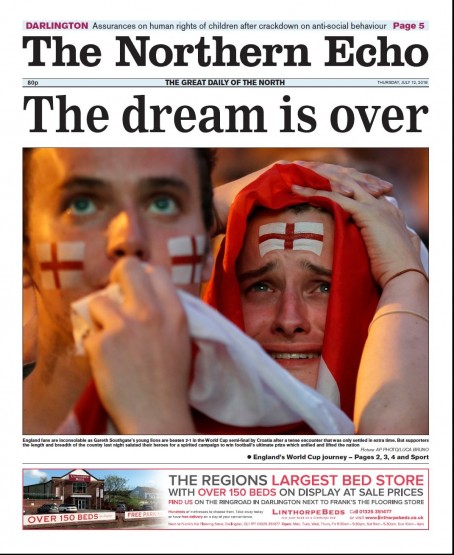 Echo sports editor Nick Loughlin was in Moscow with his father to watch the match, posting the below on Twitter.

Biggest personal disappointment? My dad could (and should) have seen England’s only two World Cup final appearances. Instead it’s only the one still from 1966. Home tomorrow. pic.twitter.com/pCR9GfMqE6

And, up the road, the Sunderland Echo highlighted the efforts of its patch’s England stars Jordan Pickford and Jordan Henderson, urging the pair to “hold your heads up high”. 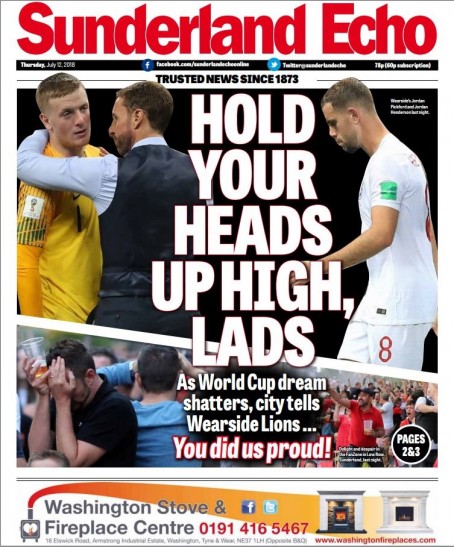