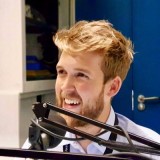 A daily journalist has called for more training for court staff after an usher tried to remove him from a hearing – only to admit she “didn’t know” why he should be barred.

Alex Wood, who works for the Bristol Post and its sister website Bristol Live, has called for better guidance to be given to court ushers on the rights of the press to attend cases.

Alex, pictured, was attending a youth court hearing on Monday when an usher took exception to his presence after proceedings had started.

But after he challenged her on why he should be barred, the usher admitted she did not know of any reason why he could not be present before the court’s legal adviser stepped in to clarify the situation.

Alex told HTFP: “Monday’s incident with the court usher is not the first time my presence as a reporter in a youth court has been challenged – but it certainly caught me by surprise. The usher had already let me into the court room without any issue, after I identified myself and explained why I was there.

“It was only after the proceedings had started that the usher took an exception to me being present. She asked me if I was a member of the press, to which I said I was, and she then told me that I shouldn’t be in the youth court. I asked her to specify why I wasn’t allowed in the youth court and she responded hesitantly with ‘I don’t know’.

“The frustration for me here was not only that I had already identified myself to the usher and told her I was a reporter, but that she honestly believed members of the press cannot attend youth cases – despite clearly not knowing any of the rules surrounding this.

“Fortunately, the legal adviser in court was able to clarify this and so I was able to stay without having to argue my case.”

Alex later posted about the incident on Twitter, with current and former journalists responding with similar accounts of being challenged by ushers – and sometimes even solicitors – while in court.

He added: “It was suggested to me that some ushers do not receive much training or guidance when it comes to press attendance, particularly where youth courts are concerned. If that is the case, I think it should be addressed.

“Having to repeatedly justify why you are doing a job that you are legally entitled and professionally trained to do is not really acceptable.”

Sat in court for a youth case.

Usher, who let me in, spots me during proceedings: “Are you press?”

Usher: “Well then you can’t be in here.”

Usher: “I, I don’t know…?” pic.twitter.com/GVJlOhedbL