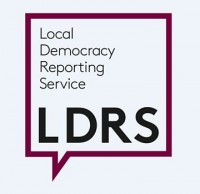 The National Union of Journalists is looking to set up chapels for local democracy reporters employed by the big newspaper groups, claiming they “frequently feel isolated” in their roles.

Since the start of this year, nearly 150 LDRs have been appointed, filing around 40,000 stories for use in local newspapers and on the BBC.

The NUJ says the BBC-funded reporters are breaking important stories about local councils and public bodies and are appreciated by their readers, but has also highlighted what it calls “a number of problems caused by the management of the scheme.”

Its comments follow a summit of LDRs convened by the union last week.

In a report published on its website, the union said the overall message from the LDRs at the summit was that they were producing important stories and were appreciated by readers.

However it added that LDRs “frequently feel isolated because their “host” local newspaper is often unfamiliar with how the scheme should work and the BBC is reluctant to get involved.”

“One LDR said she had to fight to be issued with a mobile phone, others said they struggled to be allowed to put taxis on expenses after attending late-night council meetings and sometimes felt vulnerable,” said the report.

Other concerns voiced at the summmit included stories not being published quickly enough, LDRs not getting attribution for their stories, and “difficult relationships” with council press officers who found their local authority under greater scrutiny than before.

The union said a chapel has been started for LDRs employed by Reach plc titles and that one is also being set by those working for JPIMedia.  The NUJ said it was “looking at how best to set one up for Newsquest.”

Newspaper industry body the News Media Association has called for the scheme to be extended to 200 reporters in 2019.

A BBC spokesperson said: “We’re pleased the reporters questioned here recognise they are doing important work and enjoy their jobs. They are not employed or managed by us, but we take steps to ensure the service is running correctly and we have regular meetings with providers.

“The first annual review of the partnerships found the reporters, their employers, other news partners and audiences were positive about the service. This is a large, complex and unique project, which we think is working well.”