The number of journalists working in the UK has increased by 8,000 over the past six years – but experts have warned the industry may become more “Londoncentric” due to declining employment in the regional press.

Research published today by the National Council for the Training of Journalists has revealed the number of journalists across the country has risen from 65,000 in 2012 up to 73,000 this year, while those currently working in the sector are more likely to recommend journalism as a career now than was the case in 2012.

The findings come after the NCTJ ran its third Journalists at Work survey earlier this year, which quizzed working journalists on a number of issues facing the industry.

In a report on its findings, the NCTJ found revealed journalists working in the newspaper sector were more likely to be found in the devolved administrations or English regions than in London. 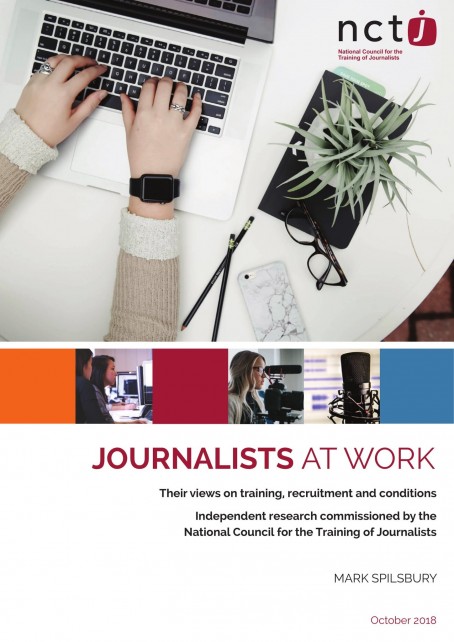 But it added: “The existence of regional and local newspapers as a bulwark against the ‘London concentration’ has been noted in the past, but as employment in these local and regional newspapers declines this may mean that journalism as a profession becomes ever more Londoncentric, notwithstanding the relocation of some BBC activities to Salford.

“The enduring power of this clustering tendency in journalism is evident in the survey’s finding that even of the journalists whose main sector of work is online (which does not require a ‘physical presence’), 51pc working in London and 12pc in the South-East.”

Three-quarters of the respondents to the survey agreed that “journalism is a job I enjoy doing”, while 64pc of new journalists agreed that they “intend to stay working in journalism”.

However, 35pc reported lower job satisfaction and 34pc admitted they now produce a lower quality of work than they used to.

However, the overall number in favour of offering this advice had increased since 2012.

Ian Hargreaves, professor of digital economy at Cardiff University and chair of the research project, said: “Journalists appear to be more confident in general, as indicated in answers to my all-time favourite question in these surveys which asks whether journalists would recommend their trade to a young person.

However, the report also highlights the lack of diversity in the industry, revealing that 90pc of journalists are white and that 72pc of journalists come from a background where their parents worked in a higher-level occupation.

Joanne Butcher, chief executive of the NCTJ, said: “Although journalists are now more positive about journalism being an open and receptive profession, diversity remains a big issue. We are therefore increasing our commitment and allocating more resources to tackling the problem.

“We’re working with leading employers to forge a new strategy for equality, diversity and inclusion which also features ambitions to scale up the Journalism Diversity Fund and to attract and train more journalists in our local communities.”