A managing director twice made redundant by a regional publisher has started a new role with a local magazine business.

Resolution Media and Publishing, which publishes Tees Business and Tees Life magazine, has appointed Bob Cuffe as a non-executive director.

HTFP reported in April how Bob had been made redundant by Trinity Mirror, where he was MD of the company’s North-East region, for a second time.

He has since found consultancy work with a small number of firms in the Teesside area, including Darlington Building Society, Jacksons Law and Recognition PR. 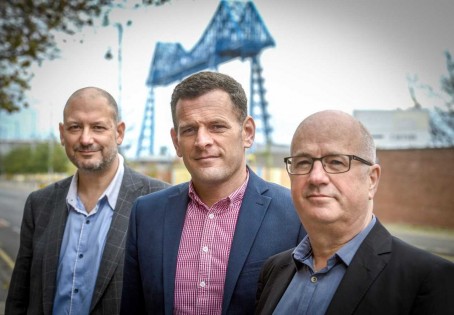 The move is designed to help Resolution, which is run by former Middlesbrough Football Club press office colleagues Dave Allan and Martin Walker, to “build on existing publications while rolling out new projects.”

Said Bob: “I’m delighted to be joining Dave, Martin and the team. Their achievements since launch have been outstanding, the Tees Businesswomen Awards being a great example.

“Tees Business has an excellent and growing reputation in the business community, and I look forward to helping them accelerate their ambitious plans.”

Dave added: “We’re delighted to have brought Bob on board during this exciting time for the company.

“He has bought in to what we’re trying to do, he shares our passion for print and he will give us invaluable knowledge and expertise as we drive forward our plans.”