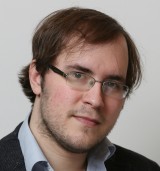 A regional sub-editor who embarked on his journalism career without possessing either A-levels or a degree has been named Trainee Journalist of the Year.

JP Asher, who works in editorial production for Archant, received the honour from the National Council for the Training of Journalists at its annual Awards for Excellence this evening.

Students, trainees and apprentices from across the UK were honoured by the NCTJ at a ceremony held at Quendon Hall, in Essex, this evening.

JP’s path into journalism began as a junior apprentice studying at Lambeth College while also working at Stevenage-based weekly The Comet.

JP, pictured, said: “Gaining the qualification while doing real-life journalism work helped me to develop as a reporter very quickly, so that by the end of the two years I already felt like a seasoned member of the team.

“For me, there is no substitute for real experience in the field – and an apprenticeship is an excellent way for an aspiring journalist to benefit from the best of both worlds.”

This year’s Awards for Excellence saw a record-breaking number of entries for the various categories, with 329 submissions in total. 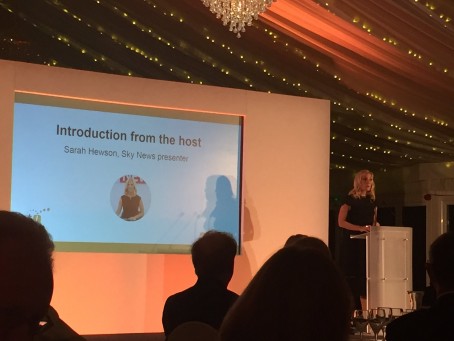 The Student Journalist of the Year Award was handed to Brighton Journalist Works’ graduate Gemma Joyce, who now works at social media monitoring company Brandwatch, while Apprentice of the Year was awarded to Megan Baynes, from the Isle of Wight County Press and Highbury College.

And there were two awards for Bronwen Weatherby, who works for the Bristol Post and Bristol Live, after she triumphed n the Trainee News Journalism and Trainee Multimedia Story/Campaign of the Year categories.

Jonathan Baker, founding professor of journalism at the University of Essex, was honoured for his outstanding contribution to journalism training and education with the 2019 NCTJ Chairman’s Award.

Chairman Kim Fletcher said: “Jonathan’s professionalism, high standards and commitment to excellence in journalism, and journalism education and training, is an inspiration to us all.

“Like many previous recipients of my award, Jonathan is proud to be NCTJ trained and qualified, starting as a graduate trainee on the Liverpool Daily Post and Echo and winning the NCTJ award for the best candidate in the north of England.”

After a long career at the BBC, Jonathan began the multimedia journalism degree programme at Essex and ensured the course met the requirements for NCTJ accreditation before stepping down this year.

Also honoured at the ceremony was Abbie Scott, deputy managing editor of the Financial Times, who was presented with the inaugural Equality, Diversity and Inclusion Award after setting up a paid internship scheme for student journalists at the paper.

The full list of winners can be found below: