A disabled journalism student who learned to write shorthand using his mouth has helped celebrate 50 years of Teeline.

Alex McKenzie, who studies at Nottingham Trent University, addressed the National Council for the Training of Journalists’ annual shorthand seminar, which has been held in London.

Alex, pictured, has a physical disability called Arthrogryposis, which affects the muscle and joints in his arms, wrists and hands.

He joined delegates in marking Teeline’s half-century milestone at the annual seminar, which welcomes shorthand tutors from across the UK to be brought up-to-date with key issues and developments in shorthand training and qualifications. 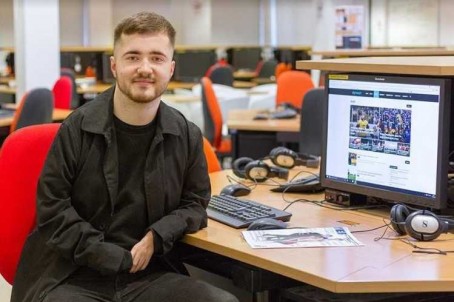 As a result, he cannot grip a pen with enough strength to write, so as a child he learned to write by holding a pen in his mouth – a skill he now uses to write shorthand.

He told the seminar: “I remember at one of the open days talking to the tutors about having to study shorthand in third year and how they thought I’d struggle with it.

“It did make me think about whether or not to start the course but I at least wanted to give it a go.”

Alex, who recently passed his 60wpm shorthand exam, added: “After passing the exam I was relieved. When we first began to learn it I genuinely didn’t believe I would pass any of the speeds.

“At the higher speeds it can be very difficult keeping up, due to me writing with my mouth, but with regular practice I am determined to pass the exams.” 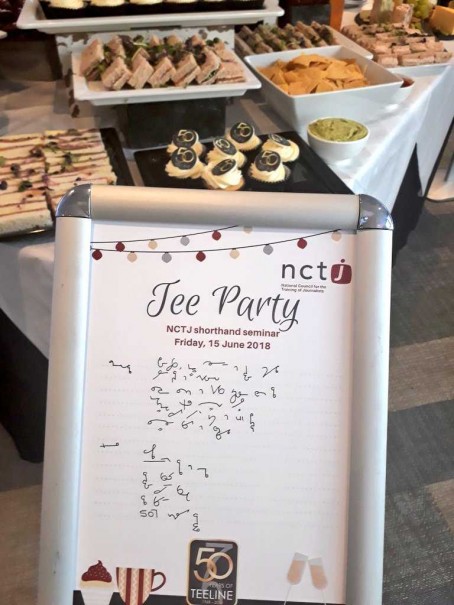 Former NCTJ shorthand board member Alan Moultrie, who in 1970 became one of the first Teeline teachers to qualify, gave the opening address at the seminar.

Alan was taught by James Hill, who developed Teeline, and his wife Ivy at the training offices of the Express & Star, in Wolverhampton.

He said: “James was a quiet man, and it amused us when she would quite often interrupt him and tell him that he was wrong. She would then give us the correct version. After all it was his system.”

“When I started to learn shorthand at school I could never have dreamed that 65 years later I would have the honour of talking to a conference of shorthand teachers on such a memorable occasion.”

Alan, who recently announced his retirement, was presented with a gift by NCTJ chief executive Joanne Butcher at the seminar.

Joanne thanked Alan for his “outstanding work for the NCTJ over many years” and expressed her admiration for his 65 years of shorthand experience and his career in journalism and journalism training.