Sister dailies back launch of special day for county

Two sister dailies have given their backing to the launch of a special day to celebrate one of England’s counties.

The Eastern Daily Press and Norwich Evening News are supporting the inaugural Norfolk Day, which will be held on 27 July this year.

The initiative, also backed by BBC Radio Norfolk, is described by the EDP as “a day of fun, a day for laughter, a day to show how proud you are to live here, and day in which everyone is encouraged to get involved”.

The newspaper splashed on the event’s launch on Friday. 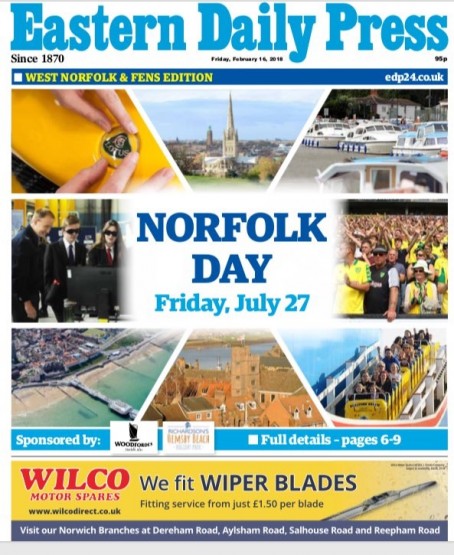 Editor David Powles said: “We’re all really proud to call Norfolk home and we know there are thousands of people out there who feel the same way as us.

“Norfolk Day is an opportunity for anyone and everyone to get involved and showcase just what it is about the county that we all love so much.”