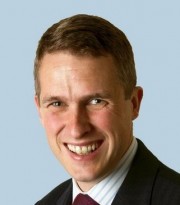 Defence secretary Gavin Williamson has reiterated the government’s opposition to a move by peers to introduce sanctions on newspapers that refuse to sign-up to a state-sponsored regulator.

The House of Lords recently voted to include a clause in the Data Protection Bill similar to the infamous Section 40 of the Crime and Courts Act, which would force newspapers who did not sign-up to a state-approved watchdog to pay both sides’ costs in a libel or privacy action.

Ministers have vowed to overturn the provision, and now Mr Williamson, left, has become the latest Cabinet Minister to voice his opposition to the proposal.

Mr Williamson said: “All Section 40 is going to do is destroy the local press and take away a local voice for so many people around the country.

“That is why it is vital we get rid of Section 40 and ensure we give local newspapers the opportunity to dig out the facts that need to be revealed.

“Anyone who voted for Section 40 is voting to get rid of their local newspaper.”

Prime Minister Theresa May, Culture Secretary Matt Hancock and Environment Secretary Michael Gove have all stated their intention to ensure that the vote, which also included backing for a wide-ranging inquiry into the media, would be overturned.