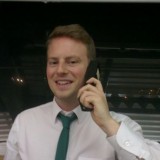 A leading regional political journalist says the proposed enaction of legislation affecting the regional press would be like “looking for cobwebs while Rome burns in front of our eyes.”

Patrick Daly, who chairs regional lobby organisation the Newspaper Conference, has criticised the proposed clause in the Data Protection Bill – drawn up by peers in a move to introduce sanctions on newspapers that refuse to sign-up to a state-sponsored regulator.

Patrick, who is parliamentary correspondent for the Bristol Post, Hull Daily Mail and Grimsby Telegraph, warned of the impact such legislation, as well as any possible Leveson 2-style inquiry, could have on the industry in a submission to the committee debating the bill.

The committee narrowly voted to remove the clauses relating to the Section 40-style clauses from the bill and a major enquiry into data protection issues in the media, but the Labour Party immediately pledged to reintroduce them at a later stage in the bill’s passage.

In his submission, Patrick wrote: “When 200 local newspapers have closed since 2005 and online giants such as Facebook are swallowing up the vast majority of digital advertising revenue, the local press needs support to survive rather than spending valuable time and money trying to uncover skeletons that, in all likelihood, do not exist.

“In a time of fake news and untrustworthy online sources, the public need a vibrant regional media with its well-founded reputation. To conduct a Leveson 2-style enquiry now would be to look for cobwebs while Rome burns in front of our eyes.”