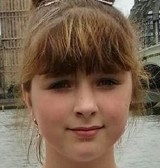 A regional news title is fighting to name a teenage killer who raped and murdered a schoolgirl in an “horrific” attack.

Despite the 16-year-old being found guilty over the brutal and fatal attack on 14-year-old Viktorija Sokolova after a three-week trial, Black Country Live remains unable to name the murderer.

Black Country Live, a new brand launched by Reach plc whose content currently appears on its Birmingham Live site, had applied for an order made under Section 45 of the Youth Justice and Criminal Evidence Act 1999 to be lifted following the killer’s conviction on Friday.

The application to both judge and prosecutor by Black Country Live publisher Graeme Brown pointed out the huge impact Viktorija’s death has had on the community and the fact that her killer’s prison term would likely stretch beyond the boundaries of the order.

Speaking at Wolverhampton Crown Court, Mr Justice Jeremy Baker thanked the media for their submission and level of detail they had gone into for making a case for lifting the order.

A variety of reports will now be drawn up on the murderer and will be considered by the court before he is sentenced on 22 February.

New reporters Kelly Ashmore and Jordan Coussins were involved in covering the case for Black Country Live, the first it had ever live blogged.

The court heard how Viktorija, pictured, was brutally raped and murdered in Wolverhampton’s West Park on Wednesday 11 April.

After being killed in a wooden pavilion, she was dragged 150 yards to the bench where she was found the next day by a dog walker.

Viktorija’s blood-stained clothes were dumped in a park bin, while her mobile phone and shoes were found by a boating lake.

Said Graeme: “This was the first trial Black Country Live has ever live blogged and, at the end of more than two weeks in court, our reporters felt strongly that the defendant should not be anonymous. Many readers have written to us making the same point.

“This is one of the most horrific crimes I can remember covering – and in the most public of places – a park where children go every day.

“We have carried out interviews in West Park and we know there has been a massive impact on the community.

“We feel there is a clear public interest in the defendant, who will be an adult for most of their prison term, being identified.”