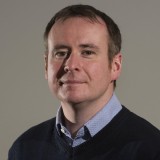 A digital chief has been promoted by a regional publisher as part of a series of appointments at a group of sister dailies.

Johnston Press has appointed Stephen Emerson, head of digital at The Scotsman and Edinburgh Evening News, to the newly created role of commercial editor for Scotland.

At the same time, former Daily Record and STV News senior digital editor Iain Pope has joined the EEN as news editor, with his predecessor Claire McKim moving to become assistant news editor at The Scotsman and Scotland on Sunday.

In a further move, freelance journalist Hannah Burley has joined The Scotsman as a business reporter, working alongside Scott Reid on the paper’s business desk.

* More local democracy reporters have been appointed as the BBC-funded scheme to ensure coverage of councils and other public bodies continues to be rolled out.

Huw Oxburgh, previously a senior reporter at the Hastings Observer, has been appointed as the LDR for East Sussex.

And Carl Gavaghan has moved from his role working across Johnston Press titles in Yorkshire titles to become an LDR for North Yorkshire and Teesside, providing coverage for The Press (York), The Gazette (Teesside) and The Northern Echo.

* Three more regional press journalists have left the industry to make the big leap into PR.

Lauren Hockney has left her role as head of news at the East Anglian Daily Times and the Ipswich Star to become senior communications officer at East Suffolk and North Essex NHS Foundation Trust.

And Daniel Prince, who was senior reporter working across The Sunderland Echo, Shields Gazette and Hartlepool Mail. Daniel is now a media officer at South Shields FC.

* The Northamptonshire Telegraph has a new deputy editor in Neil Burkett, previously content editor at the title.  He will also work across Northampton Chronicle & Echo and Daventry Express.

* Becky Loton, What’s On editor for Stoke daily The Sentinel, has left the paper.  She describes herself on Twitter as “an ex journalist who ran away to the circus.”

* Johnston Press has appointed Paul Fisher the role of head of audience – South of England. He was previously digital editor for Johnston Press East Midlands and Anglia newspapers.

* Michael Benke, who was group news editor at the Oxford Mail, has now left the paper.