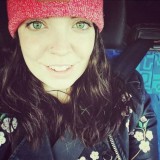 A regional news website has hired a ‘happiness correspondent’ in a bid to approach news from a more positive perspective.

Cornwall Live reporter Hannah Maltwood has been given the title as part of the ‘Happiness Project’, which has also seen the site set up a blog called ‘Kind Cornwall’ to “celebrate the kindness of strangers and the random acts of kindness that go on in Cornwall every day”.

Editor Jacqui Merrington admitted in a piece announcing the project that “most of the newsroom thought I was mad” when she revealed the new role, but said Hannah had “instantly embraced” her new remit.

Among Hannah’s first stories in her new position have been the tales of ‘snow angels’ who went out of their way to help others affected by the recent cold snap, community leaders inspiring whole towns to give up single-use plastics and a list of the 50 people who make Cornwall a happier place to live.

Wrote Jacqui: “The Happiness Project and Hannah’s new role have made us think differently about all our stories on Cornwall Live. We won’t stop writing about breaking news, but it’s turned out focus to make us think harder about how we can tackle some of the big issues in Cornwall from a positive angle.

“We’re now approaching some of the negative issues that face us, like homelessness, deprivation, mental health and crime rates, from a new perspective and looking for the people who are doing something about those issues and making a difference to the people affected. We’re now actively seeking out positive people and projects who inspire others.”

She added: “We’re living in an age where we’re always told social media and the news is making us depressed and increasing anxiety levels. We know there will always be a bigger audience for hard, breaking news and we’ll continue to report that every day.

“But we also know there are people who want to switch off from the negativity, who don’t want to see endlessly bad news in their Facebook feeds and Twitter timelines. And there are thousands of people doing brilliant things to make their communities a better place to live.

“So as part of the Happiness Project, we’ll keep trying to focus on some of those people and celebrate those of you who are making a difference. And we hope you’ll enjoy reading those stories and help us bring an audience to positive news. We’ve got a very long way to go, but I’d like to think that by celebrating all the good stuff in Cornwall, we’re doing a tiny little bit to contribute to the happiness of our readers.”