Regional ABCs: Circulation up at dailies-turned-weeklies

Two regional dailies which switched to publishing weekly in October have seen their circulations increase.

The pair made the switch from daily to weekly in October, and the Echo has posted an 18pc year-on-year increase in circulation for the period ending December 2017.

ABC issued both titles with separate certificates during 2018, showing their average circulations as dailies from January to September, and as weeklies from October to December. 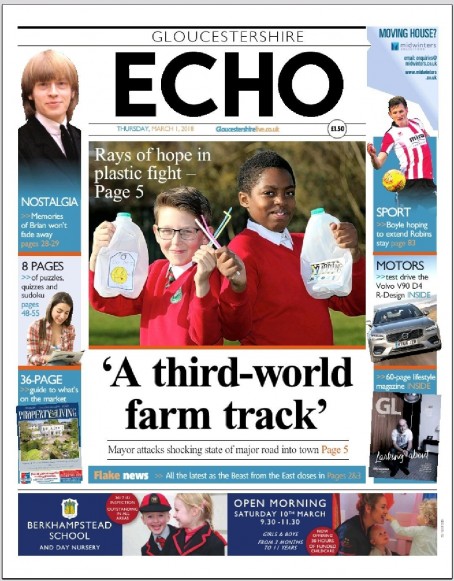 Of the paid-for titles which had published as weeklies all year, the KM Group’s Folkestone & Hythe Express topped the charts with a 10pc year-on-year increase from December 2016 to December 2017, giving it a total circulation of 1,717.

Scotland on Sunday, whose circulation now stands at 16,289, was the only other paid-for non-daily to experience an increase.

Of the free weeklies, Archant sister titles the Ilford Recorder and Wanstead & Woodford Recorder topped the charts with 69pc and 34pc increases in circulation respectively.

Another of the company’s weeklies, the Sudbury Mercury, came third in the table with a 22pc rise.

Full figures for paid-for weeklies, in order of circulation increase, are as follows. Scroll down for the list of free weeklies.

Full figures for free weeklies, in order of circulation growth, are as follows: