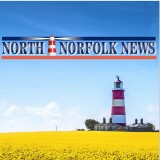 Archant topped the social media charts in today’s ABC Figures, with eight of its titles featuring in the top ten for growth on Facebook.

The North Norfolk News saw its audience increase on the social media platform by 137pc year-on-year for the period ending December 2017.

The East Anglian Daily Times scored an 85pc increase, while another Archant title, the Herts Advertiser, recorded a 61pc rise.

Seven of the company’s titles also featured in the Twitter top ten, although that chart was topped by the KM Group’s Kent Online channel, which recorded a 28c year-on-year increase in the number of followers.

The other groups to submit social media figures for audit were the CN Group, Johnston Press and the Midland News Association.