A regional publisher has revealed the “hidden epidemic” of military suicides after an investigation run by journalists across the company.

The Johnston Press investigations team found that unlike countries including the US, Canada and Australia, there are no comprehensive official records kept of the number of British ex-servicemen and women taking their own lives.

The investigation included the team writing to the 98 coroners in England and Wales, as well as their equivalents in Scotland and Northern Ireland, asking for records over the last three years for suicides by people who had served in the armed forces.

Just one was able to provide the data while 25 others replied saying no such information was kept or could not be searched for. 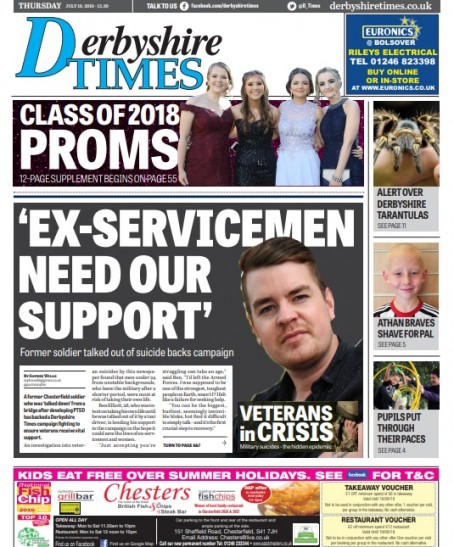 The team established that at least 16 veterans are feared to have taken their own lives since January this year, with at least seven being known to have fought in Afghanistan and Iraq.

Campaigners, families and experts told the investigation that official figures for veteran suicides are needed to understand the extent of mental health issues among veterans and making sure resources are focused where they are needed to reduce the number of suicides.

As well as looking exploring how the government does not officially record figures of suicides among veterans, the team looked at issues which make former military personnel more susceptible to suicide such as PTSD, a struggle to adapt to civilian life and problems with alcohol abuse.

JP journalists also revealed the real life stories of veterans who considered or attempted to take their own lives, as well as speaking to families who lost veterans to suicide.

Many JP titles splashed on stories resulting from the investigation, including Tom Cotterill’s feature on the mother of special forces veteran Danny Johnston, who took his own life in May this year, for Portsmouth daily The News. 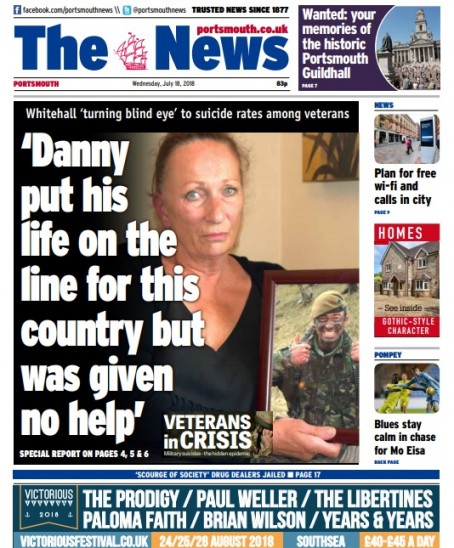 Aasma, who leads the JP investigation team, said: “With many veterans battling issues such as Post Traumatic Stress Disorder, depression and other mental health issues, Johnston Press Investigations felt it was crucial to highlight this critical issue about the forgotten victims of war.

“As it stands, there is not enough information about suicide among UK veterans – unlike other countries where this information is routinely kept. “We felt it was important that the struggles of former servicemen and women should not go under the radar and the views of the campaigners and families we spoke to were: ‘how can a problem be properly tackled if the full picture is not known’?

“We would like to thank all the veterans and families who bravely spoke to Johnston Press to raise awareness of this important topic.”