Ian Mean: Farewell Hoppy – one of the great editors

Ian Mean, who worked for David as his news editor at the Mail and later went on to edit several regional titles himself, has penned the following personal tribute.

There are lots of editors, but not too many great editors. I have worked for a few of them but one really stands out in my mind – David Hopkinson, or “Hoppy” as he was known.

My wife, Judy – who also worked for him in the 70s – attended his funeral in his lovely village of Houghton near Huntingdon on Tuesday.

David Hugh Hopkinson was our much loved and respected editor of the Birmingham Evening Mail when we both worked for him.

I was chief news editor of the Mail from 1975-84 and Judy was a news desk assistant on a paper that brings back great memories of the halcyon days of print. 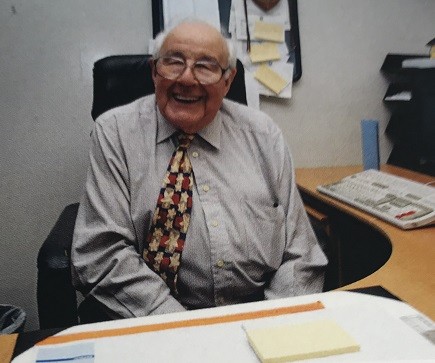 David led a team of really talented people – like Ian Dowell, a great friend of mine who was chief sub editor, and we had great reporters like Richard Littlejohn and Mike Parry.

At its height, the Birmingham Mail was selling 375 000 copies a night and I had a team of nearly 50 reporters throughout the West Midlands.

This was a big operation and mighty exciting with up to eight editions a day and white hot competition down the road in Wolverhampton from the Express & Star.

I loved those great print days when we were able to publish special editions to capture the breaking news – like the Pope being shot and getting out an edition  in 20 minutes.

These were days before the internet. These were days when I would write the splash from the television above the news desk during the Falklands War – dictating it paragraph by paragraph to Judy furiously trying to keep up on the old Imperial typewriter and copy girl Jenny speeding that through to the subs and into the compositors on the same floor.

You could hear those presses start up – an exhilarating feeling.

Hoppy was astride of this great atmosphere of working -red braces and smoking a big cigar.

He was the picture of a story book editor.

It was a picture that another of the really great editors, Harold Evans, put into words so well in his 1983 book, Good Times, Bad Times.

Harry, who took David on as chief night editor of the Times after he left Brum, wrote that David was “from the school of master sub editors”, adding he was like “Mr Pickwick, large, benign, blossoming, the body threatening at all times to burst free of the wide-striped shirt and the straining leather belt”.

The pinnacle of David’s career was, of course in Sheffield in 1963 as editor of the Sheffield Telegraph when he exposed police brutality in what was known as the rhino whip affair.

The Times in their page obituary of David on October 17 said that right up to the end of his life, his daily routine included a 500 yard walk through his pretty village to collect The Times.

When he failed to appear one morning last month the store owner contacted a neighbour who found him on the floor of his home having suffered a fall. He died shortly afterwards on September 29 aged 88.

At his funeral, his son Matthew gave a detailed description of David’s amazing journalistic life in the eulogy to his father – a proud Yorkshireman who started his career on the Huddersfield Examiner in 1950.

I will always remember “Hoppy” as a great editor.