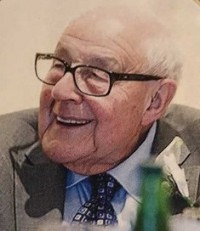 An “outstanding” regional daily editor who went on to hold senior editorial positions on Fleet Street has died aged 88.

Tributes have been paid to David Hopkinson, who edited the Sheffield Telegraph, Birmingham Post and Birmingham Mail during his career.

David later went on to become chief night editor and later deputy managing editor at The Times, continuing as a consultant and representing the newspaper in its dealing with the Press Complaints Commission after his retirement in 1995.

While editor of the Telegraph, he won a number of national awards in 1963 for exposing what became known as the ‘rhino whip affair’ – revealing police in Sheffield had routinely beaten suspects with stolen weapons they had collected, including a rhino whip, to force confessions and also regularly planted evidence.

As a result of the investigation, a public tribunal was set up by Home Secretary Henry Brooke and Sheffield’s Chief Constable was sacked.

An obituary in the Daily Telegraph described David as “an outstanding provincial editor who displayed great tenacity in his determination to hold power to account in the public interest.”

Of the Chief Constable’s sacking, it said: “Hopkinson’s municipal correspondent, Peter Harvey, rushed back to the office from the decisive meeting of the Watch Committee and burst in, declaring:’I’ve got the splash. They’ve sacked the Chief Constable.’

“Without missing a beat, the night editor replied: ‘No you haven’t. Kennedy’s been shot.'”

Born in Huddersfield, David began his career on the Huddersfield Daily Examiner and worked for the London-based Sunday graphic before moving to Sheffield as deputy editor in 1961.

He took the editor’s chair the following year, switching to the Birmingham Post in 1964.

While at the Post in 1970, he defied an interim injunction to expose a scandal which revealed evidence that Warwick University had been collaborating with local employers in spying on both students and faculty members, and in refusing applications from would-be students on political grounds.

In 1974, he was appointed editor of the Post’s sister daily the Birmingham Mail, and was made editor in chief of all the company’s local papers the following year.

He left in 1980 after a “disagreement with the owners”, but was picked up soon after by Harold Evans at The Times.

David was married to Patricia Eaton, a secretary at the Post who died in 2014. He is survived by their daughter, son and stepson, and also had three sons and a daughter from a previous marriage.

His funeral was held on Tuesday in Houghton, Cambridgeshire.